Vivien Leigh — the Scorn that Won the World 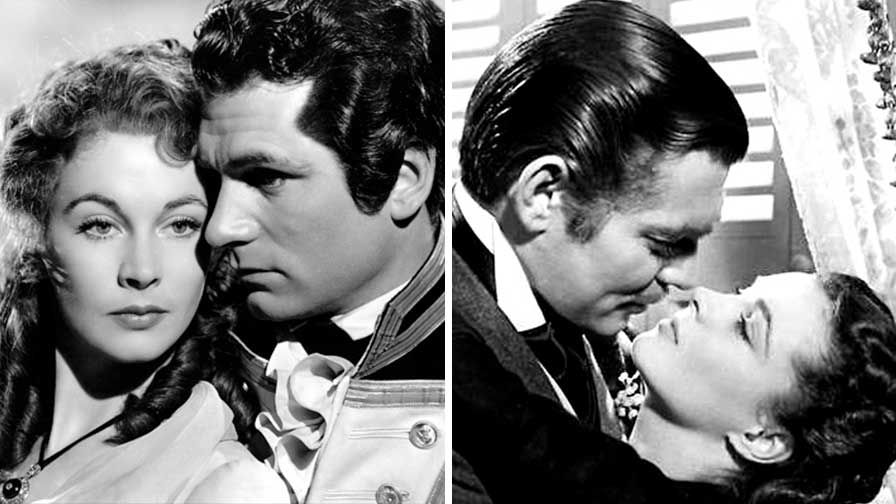 Vivien Leigh — the Scorn that Won the World
“Was this the face that launch’d a thousand ships,
And burnt the topless towers of Ilium?
Sweet Helen, make me immortal with a kiss.
Her lips suck forth my soul: see, where it flies!
Come, Helen, come, give me my soul again.
Here will I dwell, for heaven is in these lips,
And all is dross that is not Helena.”

Faustus, Christopher Marlowe’s scholar magician tragic hero, broke into a rapturous praise for Helen of Troy, for whom man and the gods together fought a battle that shook the earth and the heaven for ten long years. Vivien Leigh, the epitome of eternal feminine beauty, too, caught the world in a frenzy in the same manner in the 1940s and 50s with her alluring charm. Helen symbolizes not only divine beauty but also voluptuousness and hellfire. Her story is the story of war and violence. Likewise, there is more to Vivien’s chiseled charm, fluttering eyelashes and supple physique that conform to the norms of the archetypal female beauty. Her delicate contours are lined with fine strokes of angst and scorn, and her puffed nostrils and sideways glances hardly betray a hint of grinding teeth and clenching fists that characterize the subversive female. Her swan limbs are not only meant to be held in the arms of her lover and waltz round the ballroom but also to put up the fiercest fight for survival in the most difficult situation. Women with these traits are called the ‘monstrous other’, and always pose a challenge against conventions.

In this regard, Vivien Leigh the person and the artist goes much ahead of being merely a combination of beauty and talent, and is a metaphor for women’s resistance against whatever patriarchy imposes upon them. For, this is the flux and paradox in which women have found themselves in, down generations. Society expects them to remain docile and dependent, but in the hours of crisis they are required to fight their own battles. Vivien enacts these complex female experiences in all her memorable roles, including Blanche Du Bois in A Streetcar Named Desire, Myra Lester in Waterloo Bridge, and Scarlet O’Hara in Gone with the Wind.

Besides being the paragon of ethereal charm, Vivien Leigh is also the perennial split self—a place where the angel and the femme fatale reside side by side. It is this aspect of her persona that makes her suitable to play the perfect foil to unscrupulous males such as the speculating Rhett Butler and the brutish Stanley Kowalski. The sternness in Vivien’s demeanor to match Scarlett O’Hara’s strength to fight a lone battle is simply irreplaceable. And it was only an amoral Blanche Du Bois who could challenge the aggressive male in her sister’s husband. Cinematically, to highlight the striking features of the characters she play, Vivien’s roles are sometimes contrasted against good hearted but nonetheless passive women characters such as Melanie in Gone With the Windand Stella in A Streetcar Named Desire. Vivien’s rare ability to recognize and bring alive the intricacies in human situations earned her an enviously successful career that comfortably straddled the two eras before and after the Second World War and represent two distinctively different sensibilities.

Certainly, more than her beauty, it was her gift of naturalness in role playing that made her all the more irresistible. Vivien Leigh was an artist who lived a life for art’s sake. She was the kind of artist for whom the line between art and reality was too blurred to recognize and for whom happiness meant being tucked away in the make-belief world of art and imagination. For artists like her, the light of the real world was too blinding to bear. Astonishingly, this aspect of hers uncannily brings her very close to Sybil Vane, the female protagonist in the role of an actress in Oscar Wilde’s novel The Picture of Dorian Gray.

Like Sybil, who knew and loved the stage from childhood, Vivien too was fascinated by the stage from early girlhood and underwent formal training in acting from the Royal Academy of Dramatic Art, London. Quite many actors back then used the theatre as a stepping stone to the silver screen and had no inclination to return to their roots if they struck it big it in films. Vivien Leigh, though, quite to the contrary,  loved the theatre very much, found time for it throughout her film acting career, and brought out a number of memorable stage productions, mostly with Lawrence Olivier, her second husband and an acting legend by himself. Leigh was true to her belief that an actress is a real artist for lifetime while film stardom is flimsy and ephemeral.

In The Picture of Dorian Gray, every evening Sybil Vane transforms herself into a Shakespearean heroine—Juliet, Perdita, Portia or Ophelia—and enthralls her audience; for her, the stage is the real world and the emotions of these characters are the real emotions that she feels. Ironically, she has no emotion of her own. Furthermore, the moment she becomes aware of the real world beyond the stage, she ceases to be the artist she has been and finally ceases to exist altogether. Vivien Leigh’s passion for role playing too is of the same vibes. She is more real as a stubborn Southern belle or as Ophelia the eternal virgin or headstrong Cleopatra or fiendish Lady Macbeth than Vivien Leigh the real woman. Once those sublime moments of exuding all possible human passions came to an end, they gave way to nauseous moments of irreconcilable depression.

This feeling of estrangement and unease in the real life atmosphere made Vivien gradually fade away into mental and physical degeneration and finally die an untimely death at the age of fifty three. But her art endures so powerfully that even with the passage of more than eight decades, we still marvel at how Margaret Mitchell’s fictional Scarlett O’Hara became the real Scarlett O’Hara in Vivien Leigh.