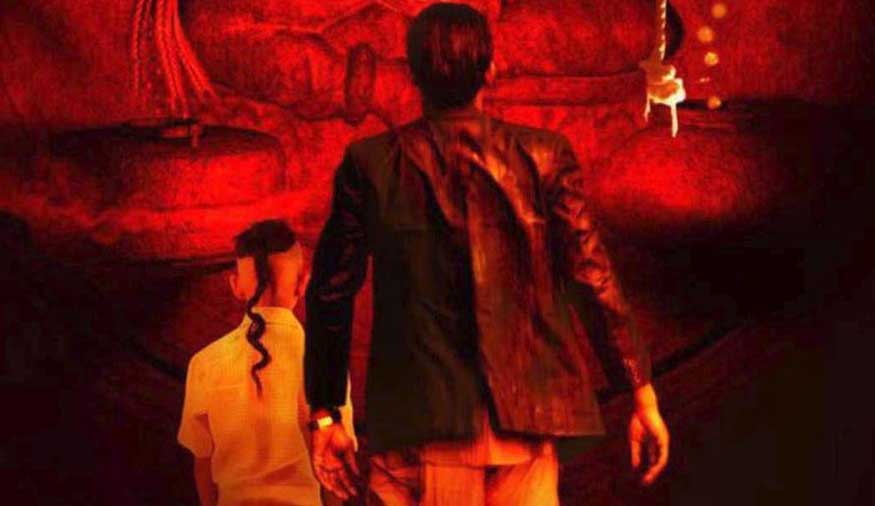 Tumbbad is certainly an unusual film, an atmospheric fantasy thriller that makes one sit up and take notice although most of its success is in its art department. It has been described as ‘horror’ but is perhaps closer to a fairy tale for adults, revolving around invented myths. There have been other films from the genre in world cinema and one would be the Russian fairy-tale horror classic Viy (1967), based on a Gogol story. There are three people credited with directing Tumbbad: a debutante Rahi Anil Barve who has, earlier, made a visually striking if rather gruesome short film Manjha, Anand Gandhi, the creative director, who made the unusual Ship of Theseus (2012) and a co-director Adesh Prasad. Ship of Theseus tried to deal with philosophical issues and, while its success here was doubtful, it was nonetheless visually impressive. Tumbbad’s striking visual qualities perhaps owe most to Anand Gandhi.

Tumbbad begins with a quote from Mahatma Gandhi decrying greed, a strange ploy for a film intending to send a shiver down the spectator’s spine; but it is focused on a legend about a deity Hastar who was the firstborn of the Earth Goddess but abandoned when he turned out evil and greedy, cursed with being denied all forms of worship. This secret is with a Brahmin family in western India when the story begins, in the village of Tumbbad in 1918, the protagonist still a boy. The beginning is mysterious because there is a monstrously deformed great-grandmother cared for by the mother and we are not told much except that she is somehow connected to the secret. Also brought in is the motif of rice being ground into flour, and it is only later that we come to learn of its significance.

In the second part of the film, which takes place 15 years later, the protagonist Vinayak (Sohum Shah) is grown up and wealthy. His wealth is associated with his occasional trips to Tumbbad, from where he returns mysteriously laden with gold coins, which allow him to live a life of wantonness. If this second part is associated with British rule the third part takes place after Independence, although one is not quite sure how this political segmenting of a horror fairy-tale contributes to the project.

Tumbbad is exquisitely crafted in terms of ambience but we wish it had been more coherent. The problem, I believe is that it mixes genres arbitrarily – without being aware of it. Consider first the primary story meant to be like something out of a Panchatantra tale, with its cautionary moral about human greed. A story with a moral (i.e. a fable) does not conceal information because its primary aim is to deliver its message unhindered. Also, the message is rendered through the principal character being subject to experiences, usually salutary. My proposition here is that a fable does not lend itself to suspense or surprise, where something normally revealed upfront is deliberately withheld. It is the same with a fairy tale or a legend where counsel with regard to everyday life is offered – Viy, for instance, is about tests of courage that a young man is required to undergo in a haunted house.

This will give the reader some sense of how inappropriate it is for a legend about a god being structured in such a way that key information required to comprehend it is revealed only at the end. A ghost or a monster is a different proposition because, unlike a god, it is a local entity that inhabits or haunts a location and can be discovered by an outsider. Also, in horror stories that rely on suspense or surprise the protagonist discovers something he or she did not know about initially. But in Tumbbad Vinayak has known everything – since his family is custodian of the secret; so why is there surprise here at all, since there need to be characters in the story to who something comes as a ‘surprise’? This is a problem I elaborated upon while writing about Andhadhun – that character subjectivity is the key to suspense. There needs to be a knowledge gap between characters, the protagonist having less knowledge than someone else; a story cannot be related through the omniscient camera eye if it tries for suspense. It cannot suddenly spring something as a surprise if the protagonist has already known about it. Drishyam is another film that errs in this way, by ‘cheating’, as it were.

To a legend about a god told (inappropriately) in the manner of a horror story about a monster and including the surprise element, the directors add a third component, which is colonialism and India’s independence. In an interview the director explains that the three moments – 1918, 1933 and 1948 – represent ‘feudalism’, ‘colonialism’ and ‘capitalism’, making out that the film is allegorical. Its inspiration may be Guillermo Del Torro’s Pan’s Labyrinth (2006), which tries to blend fairy tale with a story set in Franco’s Spain. I am not a great fan of Pan’s Labyrinth and it is not relevant here but my argument is that something as ancient as a ‘god’ cannot be affected by political changes in a country, since a ‘god’, by definition, has a presence that is eternal. Moreover, if Hastar is only ‘political allegory’, how can his presence also infuse the spectator with a visceral emotion like horror or disgust?

As already acknowledged Tumbbad is visually rich but as theorists (Frederic Jameson) have argued, visual richness is worth little if it is not bolstered by narrative, since only narration gives meaning to the cinematic image.