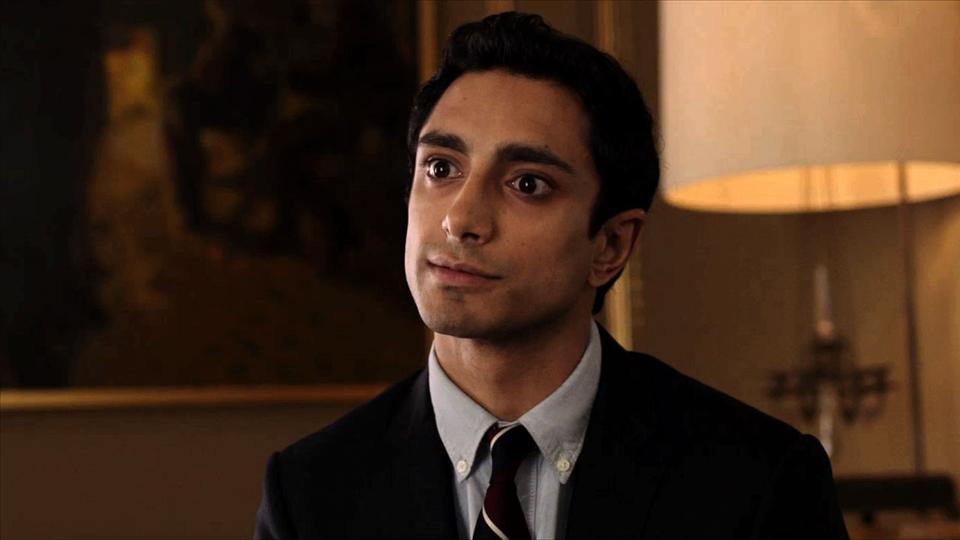 Liberals in the sub-continent feel compelled to take certain political positions more in order to define themselves than because the positions are defensible. There is a deliberate propagation of half-truths and untruths in the service of the ‘correct’, the understanding being that the ‘morally correct’ and the ‘true’ are not synonymous.

Mira Nair’s The Reluctant Fundamentalist, although partly set in Lahore, was not shot in Pakistan but in Delhi, many of the roles are played by Indian actors – Om Puri, Shabana Azmi. It is a film made largely by Indians but it is still a useful document through which to understand the state of affairs in Pakistan. The screenplay of the film is by Mohsin Hamid, a Pakistani writer who based it upon his own celebrated novel and Mira Nair simply brings it to the screen. Making the film a valuable document is not what Mohsin Hamid says about Pakistan but what he does not. Just as we find what people conceal to be more reliable indicators of what they are than what they choose to reveal, a film’s silences are usually more revelatory than its rhetoric.

The Reluctant Fundamentalist is perhaps Mira Nair’s most engaging film – especially after the highly praised Monsoon Wedding (2001) and The Namesake (2006) both of which I found tedious. It has some excellent music – especially the opening song Kangna by Fareed Ayaz and Abu Mohamed, which is electrifying. The performances are also laudable – especially that by Riz Ahmed, a British actor of Pakistani descent in the lead role. The story of the film is framed as a flashback and related by Changez Khan, a Pakistani professor in Lahore to an American journalist named Bobby Lincoln (Liev Schreiber). Lahore is on the boil with student unrest, and Changez Khan, because of his radical rhetoric, apparently has a following among those in the university and is respected. Changez Khan’s story, as may be anticipated, tells us how he came to embrace radical Islam after once being a successful financial analyst in New York, and an ardent Americanophile.

Changez Khan comes from an upper class family and his father is a poet in Punjabi. But the family is now in difficult circumstances financially and the son landing a job in the high profile New York consultancy firm Underwood Samson is welcome. Changez is phenomenally successful and is on his way up in the hierarchy when he meets Erica accidentally and commences a relationship with her. She is an artist and belongs to the Underwood family. All goes well until the 11th of September 2001, when America changes for him forever. After the attack on the Twin Towers his Pakistani Muslim identity begins to cause him trouble and he is targeted by rednecks as well as the security services. He thinks even Erica has begun to change although she does her best to love him. As a gesture of solidarity towards those with whom he feels united, he grows a beard.

At this point his boss Jim Cross (Kiefer Sutherland) pulls him along to Istanbul to evaluate and, if necessary, help wind up a non-viable publishing company which has been doing exemplary work publishing literature from the Middle-East. Changez discovers that Nazmi Kemal, who runs the company, has actually published his father’s Punjabi poetry – in Turkish translation. Although Jim Cross sees the business only in terms of its financial viability, Changez realizes there are other issues involved and he refuses to participate in the winding up of the company, also breaking with Underwood Samson in the process. Changez’s break with America brings him closer to his roots in Pakistan and he begins to teach at the university. In the present, Bobby is actually an American agent and his task is to retrieve an American professor teaching at the university in whose abduction Changez may have assisted.

The film is structured as a thriller and is quite admirable for its Pakistani atmosphere – chiefly the threat of violence always in attendance. But even as we admire the way it is put together, we begin to see the sleight of hand by which elements of culture like poetry and music are being associated with religion and the lines between the two deliberately blurred. It takes some time before we realize that the protagonist Changez Khan is not shown to be drawn at any time towards Islam as a religion although he is born into it. His ‘radical’ lectures at the university revolve around financial issues – GDP, unemployment in Pakistan and so on but the students listen to him as though every word he speaks is fiery rhetoric, at the very least. His only ‘religious’ acts are to grow a beard and inspect the Blue Mosque at Istanbul. He is clearly a liberal – as are his family – but the film suggests that racial profiling in the US after 9/11 was enough to turn Changez into a ‘fundamentalist’; the side Changez opted for was ‘chosen for him’ is the explicit discourse. The film offers us a political beginner’s view of Pakistan – a Manichean division between an ‘authoritarian state’ propped up by the US and a democratically inclined public. In tune with this vision, the Pakistani innocents killed in the film fall entirely to government bullets.

Let us now look into some of the mendacities indulged in by The Reluctant Fundamentalist. In the first place, it is deceitful to identify religious fundamentalism with the cultural practices in the area where the religion is followed. For one thing, we know that the Taliban and their kind forbid music and painting as incompatible with Islam. This being the case, we wonder how Changez Khan could have been drawn to ‘fundamentalism’ by his experience with the publisher in Istanbul.

Secondly, we read everyday in the newspaper of bomb blasts in Pakistan – often in places of worship – where those killed are innocent Muslims. Since many of these attacks are by suicide bombers, it looks extremely unlikely that the state is involved in their recruitment and there is little doubt that the attackers belong to the nebulous tribe called ‘fundamentalists’. Rather than the liberal giving his heart to fundamentalism on account of racial profiling in the US, therefore, it is likely that liberals are themselves under threat from those that Changez ‘sympathizes’ with. To drive home the difference between a liberal and a fundamentalist who belong to the same religion, we should ask whether piloting an airplane to crash into a skyscraper can be the work of someone irritated by racial profiling or would require the kind of religious faith that a liberal will be hard-pressed to summon up.

Mohsin Hamid, the Pakistani author of The Reluctant Fundamentalist who also wrote the screenplay, spent his childhood in the US and lives most of his time in London now. He belongs to a privileged social class in Pakistan which has ruled, but it is evidently becoming more and more difficult for his class to ‘rule’. It is acknowledged that the Muslim League under Jinnah was led by an affluent, Westernized class while the rank and file belonged very much lower in the social hierarchy and was largely uneducated. By playing the religious card for strategic reasons, however, the ruling class appears to have gradually yielded ground and, although nominally in power, it is also increasingly at the mercy of extremists who not only recruit among the more hapless classes but can get their ‘soldiers’ to lay down their lives, this factor making them unassailable. It was revealed a year or so ago on a Russian television channel that young men were being auctioned in Saudi Arabia to fight against Asad’s government in Syria and it is more than likely that potential suicide bombers are bought and sold as weapons are, and often set to work under the influence of drugs. Since the Pakistani state is also at the beck and call of the US and responds to brutal American acts on its soil only with mild protests, it is living a schizoid existence having to deal with two dangerous beasts seemingly antagonistic to each other but in reality marking their territories separately on the lives of its citizens.

If one considers the amount of power that an army of willing suicide victims can put into the hands of its leaders the scenario is quite frightening. Since most of the young men who lay down their lives are (like Ajmal Kasab) without a proper education and can easily be persuaded, it means that a suicide bomber can be used arbitrarily against any target, whether it is legitimized by religious faith or not. The Pakistani state is apparently fully aware of the identity of the leaders of the organizations doing the recruiting but it can do nothing. It is here that the silences of The Reluctant Fundamentalist become pertinent.

This means that members of the liberal class are in danger if they do not pay lip service to the supremacy of religious dogma, and unhesitatingly ‘support’ those who are threatening their power.

This means that members of the liberal class are in danger if they do not pay lip service to the supremacy of religious dogma, and unhesitatingly ‘support’ those who are threatening their power. Liberals who do not, could suffer the fate of Salman Taseer, Governor of Punjab who was assassinated for questioning the blasphemy laws, by someone who was easily ‘persuaded’. Mohsin Khan’s true feelings may be gauged from the fact that while his protagonist discovers his ‘roots’ in Pakistan, he himself prefers to abandon them and live in London.

There is another loud silence on Mohsin Hamid’s part which pertains to the film not dealing with the American drone attacks on innocents in which tens of people are killed every second day. Questioning or highlighting this could be seen as an attack on American foreign policy – and might endanger Hamid’s status as a harmless liberal in London; restricting himself to the ignominy of racial profiling in the US seems much safer. The first priority of a liberal caught between two ruthless sides is evidently to save himself. 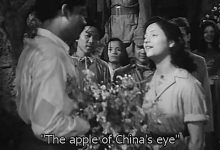 On the illusion of sounds and images, and of perception and escapism

Realistic cinema, it used to be said, reflects reality. Right now, that seems to be reversed: reality has turned into the reflection of a horrific apocalyptic film. As the daily tally of the infected[...] 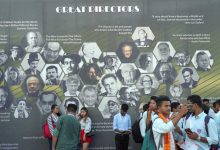 Cinema — the art of bringing people together

The universal language of the seventh art, cinema, unites us all together as one human race. Cinema has brought us closer. Sitting here in Guwahati, watching films, we can feel the agonies and[...] 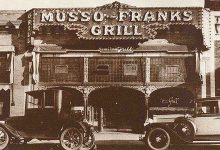 Of tea and coffee house culture, and cinema

The basement of the Grand Café, Paris, in 1895, served as the pioneer film screening hall; ten short films were exhibited by the Lumière brothers. Long, long before that historic moment, the cafés[...]