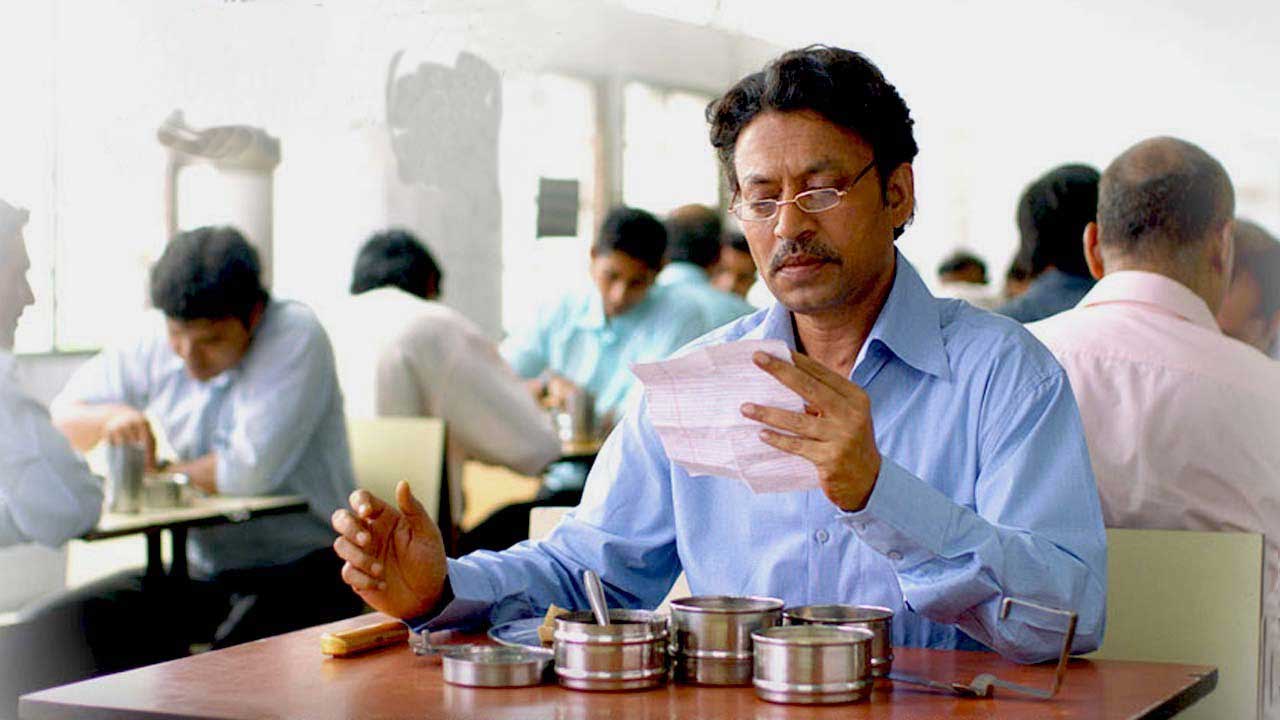 The Hindi film has transformed radically in the past few years and, more than ever, there is evidence that it does not want to be ‘Hindi cinema’. What there is less evidence of – is what it wants to genuinely be. Hindi films are now for people who speak the English language, people with some higher education. If The Lunchbox had belonged to the history of Hindi cinema, it would have been called ‘Dabba’; its actual title suggests that it is intended for people whose primary medium of communication – at least outside their immediate circles – is English. The Lunchbox also shows us that young filmmakers have finally hit upon the greatest visual resource they possess but which they long ignored – raw India, especially its swarming cities. Their ambition is apparently to produce a ‘real’ cinema dealing with the conditions of life rather than the escapist daydreams consumed by the masses.

The Lunchbox may or may not have taken its cue from a long forgotten documentary called ‘Dabbawala’ which used to be screened in the FTII in the 1980s, but it does not do much more than construct a flimsy story around that film. Dabbawala included a moment when a love letter and a rose find their way across Mumbai in a ‘dabba’, and that is essentially the thrust of Ritesh Batra’s film. The dabbawala, as the reader will be aware, is the man who carts hot lunches to working people across Mumbai. Dabbawalas are an institution and numerous studies have been made of how their system works so efficiently; food is rarely delivered to the wrong address in any kind of weather – even in the unrelenting monsoon.

Reviews of the film describe it as ‘delicious’ but this has perhaps less to do with its achievements as cinema than the food in the dabba, which looks genuinely appetizing. Coming to the story, Saajan Fernandez (Irrfan Khan) is a middle-level employee working in the claims section of a government office and due to retire. He is a widower and lives alone, getting his afternoon dabba from a caterer. Ila (Nimrat Kaur) is an unhappy housewife with a young daughter. Her husband – who may be having an affair – does not pay much attention to her and her father is dying of cancer. One day, accidentally, Ila’s husband’s dabba goes to Saajan and the latter’s goes to her husband. Ila guesses it went to someone other than her husband. She writes a note to the recipient Saajan and this becomes the basis of an epistolary relationship.

Batra’s film is a romance about two ordinary people who experience (different kinds of) loneliness in a teeming metropolitan city. To my mind, the film would have worked if their kinds of loneliness had been accurately delineated.

Before we assess the film it will be useful to see the material through which it is constituted. The film uses Mumbai effectively and has two of India’s best actors in the male roles. Apart from Irrfan Khan, who never fails to hold our attention, Nawazuddin Siddiqui plays the role of Shaikh, the person due to replace Saajan when he retires. Saajan is required to train Shakh but he is reluctant to do so – until Shaikh wins him over with his charm. Nimrat Kaur as Ila is convincing and the film is shot in the kind of locales where one would expect its characters to live and work. There are a number of colorful sequences in suburban trains where we see the bhajan groups, child beggars with raucous voices and other commuters. But when we look to see if there is anything more substantial than physical authenticity we are disappointed. If the ‘indie’ film is generally the territory of those with some exposure to international film, The Lunchbox is like wannabe French cinema, but one misses the depth of an Eric Rohmer (The Green Ray, 1986) or the twists of a Patrice Leconte (Intimate Strangers, 2004) who also deal with such relationships.

In one of my earlier reviews when I pointed out that a particular film did not get it sense of space right and was oblivious of chronology, I was attacked for having ‘preconceived notions’ about film grammar. The implication was that when a filmmaker does not pay attention to filmic syntax, s/he may be inventing a new cinematic language. Ritesh Batra has written an uneventful, boring and empty screenplay for The Lunchbox but I’ll try to say why this is so even if I am accused of having ‘preconceived notions’ of what a screenplay should be like.

Batra’s film is a romance about two ordinary people who experience (different kinds of) loneliness in a teeming metropolitan city. To my mind, the film would have worked if their kinds of loneliness had been accurately delineated. This means that there need to be events designed to illuminate their states of mind to show that their relationship is deep and not just ‘time-pass’. For the relationship to be worthy of a film, it must go beyond a trite Facebook-level acquaintanceship, which is all the intensity that the director is able to muster in The Lunchbox. The central relationship needs go through a crisis – which could be brought about by the husband’s affair – to keep the emotional trajectory from being flat.

The central thrust in The Lunchbox is that these people are so lonely that they try to cling to the smallest comfort available. In order to communicate this, the filmmaker would need to make the conditions of loneliness intense to the point of abjection. Ila writes to someone and tries to build a relationship without knowing anything about the person except that s/he has emptied her lunchbox and this is the act of someone desperate. But this desperation must be not only be justified by her situation but must also find correspondence in Saajan for the film to appropriately intense. What the director only does, instead, is to show Ila’s mother (Lillette Dubey) telling her about the drudgery she experienced in her own marriage and Saajan being alone in his apartment. In Saajan’s office itself, we don’t see people talking to each other – but that itself is not tantamount to ‘loneliness’ being his essential condition. Saajan must perhaps find himself excluded and isolated. Even the letters exchanged between Ila and Saajan are not intimate enough to suggest deep emotion.

Also, we don’t know what Nawazuddin Siddiqui is doing in the film – except holding our attention. He plays no part in the development of the central narrative and seems an afterthought. The fact that Shaikh emerges as Saajan’s true friend lessens the latter’s isolation and eventually renders the film’s central relationship tepid. To make matters worse, the relationship between Ila and her husband is not dwelt upon except perfunctorily and unremarkably. The heroine’s boredom in Ray’s Charulata (1964) – the woman trying to catch a corpulent pedestrian through opera glasses and keep him within range from window to window – is perhaps the kind of sensitive episode that The Lunchbox could have benefited by. The film is full of detail but none of the detail really matters, not even the husband’s affair. Scriptwriting manuals prescribe a ‘point of no return’ and a climax for every plot but one is hard-pressed to discover them in The Lunchbox. Despite all its attention to surface detail, therefore, the film has neither any intensity nor does it create any empathy for its characters although the actors cannot be held accountable.

I will conclude this review with what I believe is another serious error in the screenplay. The film is set in today’s world and is about the tenuous beginning of a communication between two lonely and unhappy people. The question here is whether such a relationship can be conceived of without taking the existence of the mobile phone into account. The deliberate absence of the mobile phone would be acceptable in a mainstream film – which is not dealing with the real world but a synthetic one – but The Lunchbox is positioned as a ‘realistic’ film and its primary virtue is that it deals with a milieu and with characters we recognize from life, but cannot feel for. This being the case, the only reason the mobile phone was eliminated from the narrative can be that the director couldn’t deal with the complications arising from it.