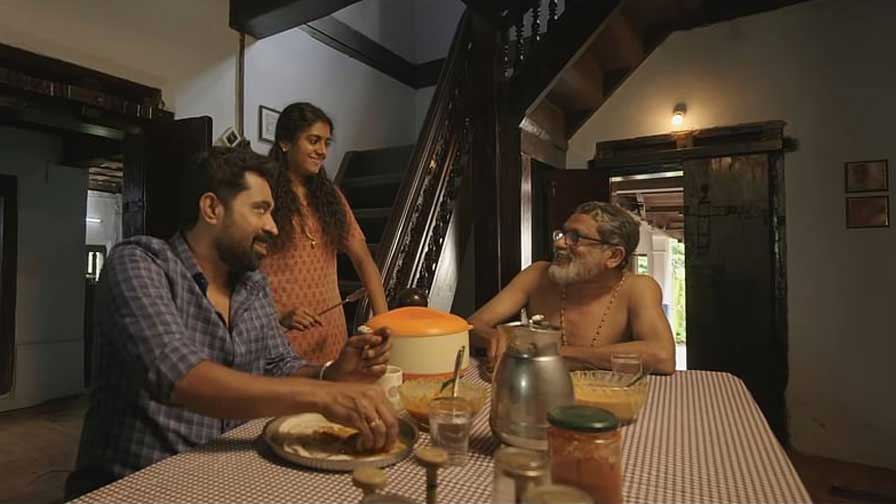 “Woman is shut up in a kitchen or in a boudoir,
and astonishment is expressed that her horizon is limited.
Her wings are clipped, and it is found deplorable that she cannot fly.”
-Simone de Beauvoir

A mere semblance of defiance suffices for a young bride in India to be slandered in the choicest of words making her very existence miserable and meaningless. It is therefore heartening that gender parity is now a raging topic of public discourse, and that male filmmakers are changing track and helming projects that provide the feminine perspective. The Great Indian Kitchen captures the quintessential dilemma that most Indian women face when their fond expectations of marital bliss are smashed to smithereens.

A sharp indictment of the traditional and given culture of oppression of the women of households, director Jeo Baby pugnaciously presses home the point to the oppressed sex to not take it lying down anymore. He propels the spectator to reflect on the indignity that men heap on their women in the name of accepted practices.

This brings to mind Anubhav Sinha’s Thappad, in which a wronged wife is made more angelic than is necessary: She fondly tends her mother-in-law who, like the rest of the family, believes that the girl should forgive her husband for slapping her publicly and take it in her stride. However, one cannot fault the likes of Baby or Sinha for adopting a more mundane approach. Inclined specifically to reaching out to larger masses, and never wanting to ruffle their constituents more than necessary, they water down their otherwise laudable attempts.

Of course, a fractured family cannot bring about the social change that one loves to witness in this age of gender equity and parity. Women have broken the glass ceiling. But this does not necessarily lead to fracturing of the sacred institution of marriage despite all its faults and fissures. One is reminded of another of Beauvoir’s axioms: The point is not for women simply to take power out of men’s hands, since that wouldn’t change anything about the world. It’s a question precisely of destroying that notion of power.

Where the film fails is in the closure. One wishes that the husband had not been painted in the darkest possible shade, and that, like the male protagonist in RJ Shaan’s Freedom @ Midnight, an equal case was made for the lead couple. Sure, men are squarely at fault. But that does not mean that, brought up in the patrilineal system since eons, they should not be given a chance at redemption. 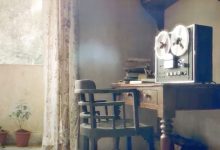 A tragedy in three parts, each separated by prolonged blackouts, The Disciple takes shape using the Indian classical music fraternity as one big metaphor to demonstrate how in today’s world of[...] 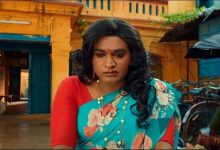 Super Deluxe is the winner of the Best Movie of the Year at the 2nd Critics Choice Film Awards, instituted by the  [highlight background="#f79126" color="#ffffff"]Film Critics Guild[/highlight]; it[...]