The appreciation and promotion of cultural otherness 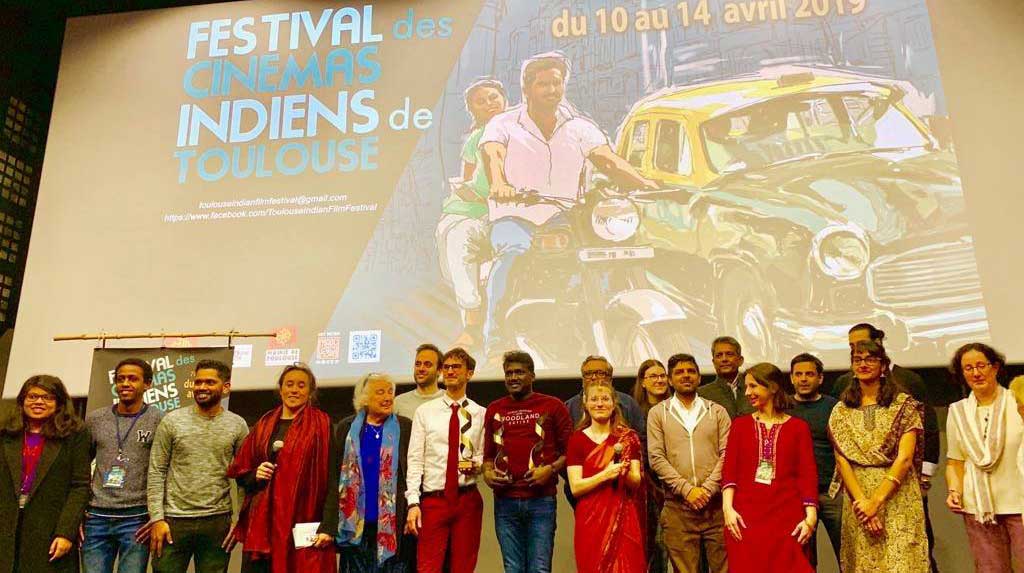 Cinema is an important medium, and is highly responsible worldwide in constructing otherness.[1] Film industries, since time immemorial, have been aware of this power that it holds, and several papers on this aspect using Hollywood as an example are available.[2] This present study is a result of 10 years of research, backed with a field survey based on experience while conducting 7 editions of Le Festival des Films Indiens de Toulouse/Toulouse Indian Film Festival (TIFF). It examines the biases regarding Indian culture held by a sizeable number of French spectators—a majority of them still have incorrect ideas about contemporary India—and attempts to find a way to show them the truth.

The primary reason for this widespread misinformation is the escapist Bollywood entertainers, such as Kabhi Khushi Kabhie Gham (15,363 tickets sold in 2001) and Devdas (98,338, in 2003) as well as a few notable films set in India and made by the West, such as Slumdog Millionaire (2,694,389, in 2009) and Indian Palace (271,131, in 2012).[3] What such canvasses unscrupulously exhibit is an India of contrasting images—grandiose wealth and dire poverty; glamorous haute culture and filthy rags; colorful, luxurious ceremonies and beggars, human trafficking, and exploitation.

While regulars of TIFF have a clearer picture of the real India, new attendees are beginning slowly to see the other side. Though a gradual change in perception is observed, the nature of the questions raised at the post screening Q&A sessions are still indicative of years of wrong programming. When on the subject of Indian contemporary society, the questions tend to be related to rape culture, women’s rights, and poverty. When on the subject of geography, the questions generally tend to revolve around the holy city of Benares; the emblematic colonial Pondicherry; and that temple of love, the Taj Mahal. And when on the subject of politics and governance, the only question that comes up is related to World Yoga Day. Though factual, these narrowed questions demonstrate a very reductive perception about contemporary India, and consequently, of contemporary Indian cinema.[4]

Much of this has to do with the imagery fostered by colonial empires and not updated since. The first problem, created by the colonists, relates to exoticism and the condescending approach attached to it. The second is the total reliance of people on created images/media (largely, fiction film) for information about a foreign culture—a kind of persisting neo-colonialist approach to view the “outside world,” one that leans on ideologies, psychoanalysis, and social issues: “la géographie culturelle ne peut être distinguée de la géographie sociale ou politique” [cultural geography cannot be distinguished from social or political geography].[5]

TIFF came into existence in 2012—a time when there were no Indian film screenings in cinema halls outside the Parisian area and the only Indian films that a few French people had watched were that of Satyajit Ray. It is an NGO, and like most tiny NGOs in France, everyone is a volunteer, the team is small, and the budget is miniscule. Most everyone in France back then had however heard of Bollywood, which they viewed pejoratively as a pathetic genre of cheap entertainers that spilled out into real life in the form of fun and partying. Consequently, TIFF struggled for years in its attempt to convince the French that Indian cinema was worthy of a screening. Ironically, and unfortunately, the French were less interested in watching Indian films and showed more excitement in being invited to Bollywood song-and-dance parties.

A film festival audience is but a fragment and not a representative of a nation’s audience. The former is one that is eager to visit film theatres several times in a very short time, and even pay for each entry when required, even though they often have no idea what they are in for. They are willing to stake their time and money in return for the hope of discovering something new. The audience is an important part of a film festival, and this not just because they buy tickets—they are the very soul of a festival. At TIFF, as in many other such festivals, the audience appreciates that their film opinions are taken quite seriously, and they therefore enthusiastically look forward to being a part of the Audience Awards.

The city of Toulouse in France, where TIFF takes place, is renowned for its cinephile audience. Its uptown and suburban areas is a noticeable observation point for the French film industry every Wednesday, the film release day in France. Also noteworthy is that Toulouse hosts well over 30 film festivals every year, a significant number even in a country that conducts one of the largest number of film festivals in the entire world.[6] It effectively means that no film festival here can rest on its past laurels.

The journey of TIFF commenced sans variety, sans audience, sans budget. At the very start, diversity was non-existent, since most of the films screened were in Hindi. And the audience was scarce, since it seemed such a ridiculous, almost sacrilegious, idea to attend a festival of Indian films, and especially one that excluded the films of Ray. Forget audiences, even film journalists were totally confounded—one enthusiastic cutlet announcing the premier edition of TIFF published their story alongside the photograph of a native American.

The purpose of TIFF has always been clear—to introduce French audiences to contemporary India and contemporary Indian cinema. Initially, there was hardly an audience for such films, and instead, just a lot of bias and flak. Thus, a primary strategy came into being—to host as many Q&A sessions as possible; with or without guests.[7] This experiment proved to be the turning point. These days, a Q&A session happens after the screening of every film, and audiences are encouraged to voice their opinions. Such sessions require immense energy; strong will and determination; and a thorough knowledge of Indian cinema, culture, and society. But the results are astounding, and prove that French audiences and programmers can be much more fascinated with Indian culture and films than anybody, including themselves, ever supposed.

“We never imagined Indian cinema to be this,” “Why didn’t we hear about this (Indian) cinema before!” “Where can we get more information about Indian films and their context?” “Will this film be screened again, or released in France?” and “When would be the next edition?” are the class of positive, naïve, spontaneous testimonies of newbie French spectators of Indian cinema, these days, as they commence their wondrous journey into Indian culture.

The spectatorship of TIFF is now comparable to many other important French film festivals and comprises majorly of French people ranging from the regular attendees to newbie individuals who neither have any special connection to Indian cinema nor are Bollywood fans. Strangely, despite a significant Indian community in the Toulouse area, very few attend the screenings. There are various possible reasons for this, but this is another topic altogether.French audiences are gradually being drawn towards this variety exhibit of storytelling, cultures, and languages so very different from their own—from Malayalam (Ee. Ma. Yau), Tamil (Pariyerum Perumal), Hindi/Gondi (Newton), Assamese (Ishu), Khasi (Onaatah – of the Earth), Manipuri (Loktak Lairembee), Tibetan/Pahari/Hindi (Sound of Silence), Urdu (One Half Widow), and Bengali (Runanubandha) to Marathi (Gulabjaam). They have begun to recognize that what is different isn’t necessarily inferior. And nowadays when they dislike a film, it isn’t because it is Indian but because the film whatever its origin failed to move them—this is far removed from that earlier subconscious, arrogant attitude towards the so-termed illiterate, kitsch, immature cinema.

Quantitatively, the distribution of Indian film in France is still rather ridiculous. Qualitatively, in the sense of diversity of production, the scene is even worse. That distributors of Indian films in France rely chiefly on the Indian-origin community for attendance points toward a sure prospect of failure in the short term. Festival programming statistics clearly indicates that French spectators are more than willing to entertain the diversity and dynamics of Indian productions despite the obvious cultural, economical, and political biases. This leads to the real questions—Who would be willing to invest money and energy in this challenge? Quite to the contrary to what is being witnessed in every film industry in this age of globalization, who would be willing to think beyond a short-term return on investment, in France and in India?

Understanding the habits and preferences of Bengali cinema audiences

Vanessa Lien Bianchi is the festival director of the ‘Festival Des Cinemas Indiens De Toulouse’, which has seen 7 editions, and whose primary mission is to offer French audiences a glimpse of Indian culture. Prior to that, she was a director for master student research; and worked as a coordinator for the radicalization of the youth for the Ministry of Justice. She is a product of the ENSAV School of Cinema, and is a MENSA member. She is presently doing her PhD ‘Audiences for Hindi films in France: customs and practice of foreign communities’; and a research focused on the Indian regional film industries, the cultural legitimacy in France, the French market for foreign films, and Indian crews in France. Additionally, she's the founder of the distribution-promotion company ‘Les Films de la Haute-Vallée’, and of the publishing house ‘Kaleme’.