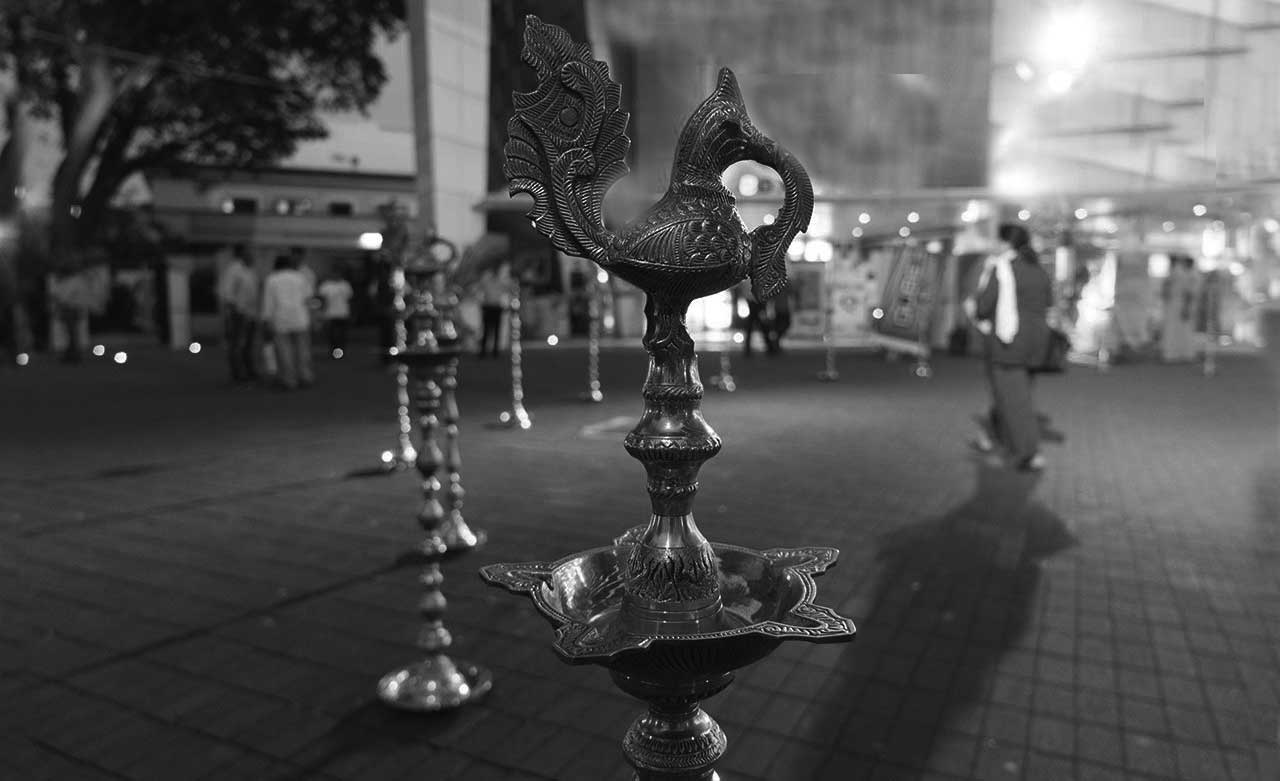 I missed the first International Film Festival of India, because I was too young to be allowed to see the festival films. There was a precondition that only ‘adults’ were allowed to see the programmes. I had to wait my time. The late Ms. Amita Malik, who was then a broadcaster in All India Radio and an art critic in private, was suddenly asked by AIR Delhi to move to Delhi overnight to cover the film festival in sound. The local news daily, The Statesman roped her to file daily reports on the proceedings. She later gave me, some years later, an eyewitness account of the first film festival organised in India as it developed. Besides her writings for The Statesman on this event, her autobiography provided for additional details. To say the least, this film festival was poorly archived for future generations. As we approach this year, marking the fiftieth edition of the international film festival of India, there is a major problem to find those who were there in the crowd.

Our story must begin from mid August 1947, when Jawaharlal Nehru made a policy statement for this government when the issue came whether India should join the British Commonwealth organisation, or not. Jawaharlal Nehru had observed that India shall open all its windows to allow the entry of all that was good in human progress and ideas. The film festival was also a good idea. But in this case it was under development in far away in Paris in the mind of Jean Bhownagarey, the European representative for the Indian National Congress based in Paris. Bawanagarey was a man of substance from a Parsee family, who was given to spending his time in moving in the company of Parisian high society, talking of the freedom struggle being waged against the British in India. He, in the course of his travels in Europe, had seen the reopening of film festivals in Cannes and Venice. In his latest tour of India after Independence he had talked of this idea to both Indira Gandhi and her father.

On a fair day of 1950, the newly appointed State Minister of Information and Broadcasting, R.R.Diwakar, found a note written by Nehru asking him to explore ways and means to hold an international film festival in India. The idea was that such a festival will prompt the Indian film industry to be projected before an international platform and begin an exchange of cinema fare and intellectual ideas. Nehru’s word was law for Diwakar, but he had no clue on how to take on this command. He rushed reportedly to Indira Gandhi, who was just waiting for such a thing to happen and Indira Gandhi pushed Diwakar into the laps of Bhowanagarey, now appointed Media Advisor to the Central Government, who smiled and obliged! Bhowanagarey advised that the first international film festival needed to be organized by the newly created Film Division because then it would be possible to get State funding, State support in manpower and the State apparatus of media assistance etc.

Bhowanagarey reached out to the various regional film chambers of commerce to get their involvement. Most of the office bearers were ignorant of what help they were expected to do, but soon enough they got the message that the Indian film industry under them, would need to put up exhibitions extolling the growth and impact of their products. In Bombay the Azad Maidan next to Metro Cinema was booked and converted into an Exhibition ground. Stalls were marked and allotted to film distributors who were supposed to pay rental to the Film Division which would provide for some pin money to overcome expenses. The stall owners could put up their film fares. Most the stall holders erected film posters of the films they had produced or were making during the year. Film distributor Rajshree claimed they had 500 theatres in their charge to show movies. The other film distributors erected posters of film Ek Do Teen, Amber, Saqi, Khubsoorat etc. Even the Chinese participation was a few posters of their latest films. A make shift open air theatre, with three screens, was also erected to show short films which were entered in the Festival. To say the least, it was amateurish. Things were better organised in Calcutta which saw the display of the most modern film studio equipment and machinery associated with film making. Many international manufacturers saw in this event the first opportunity to open offices in India and some even planned to start manufacturing units.

The office bearers of Indian Motion Picture Producers Association (IMPPA) were asked to get their members off their stools and agree to be part of the Organising Committee and Reception Committee for their regions. Regional Committees were created to look after the film festival which was now slated to be a travelling show starting from Bombay (Mumbai), then move to New Delhi, followed by Madras (Chennai), then Calcutta (Kolkata), and informally close in Trivandrum (Thiruvananthapuram).

More success came from the participation by film artists. That was a photo opportunity into history. In Bombay, actress Suraiya and Veena led the galaxy of film artists into the inaugural function. At that time they were the queen bees of Bombay film world. Some actors and actresses living in Bombay in a rare gesture, invited some of the guest actors and actresses who were delegates to the international film festival, to their homes as home-stay guests. The American delegation however preferred to stay in the best hotel in town.

The Indian government sent out invitations both through its embassies located worldwide, and also contacted directly with the foreign ambassadors based in Delhi, requesting for representatives of their respective film industries to come as guests of the Indian government. Chester Bowles, who was the US ambassador in India, sent a special mail to his government that the US delegation from the American film industry, ought to have a presence of well known names who were known to have ‘leftist’ leanings since Nehru favoured such persons and otherwise was greatly influenced by Soviet culture. Chester Bowles wanted a foothold for the American film industry in India which till now was influenced by British cinema . Frank Capra, who was the leading light in the professional world of the American film industry, and had lately demitted office as its President, was appointed as leader of the US film delegation to attend the Indian festival both in Bombay, New Delhi and Calcutta. Frank Capra proved to be the right choice. He garnered all the spotlights of the Festival!

At the conclusion of the travelling Festival, there was widespread opinion that the exposure of film artists and technicians of the Indian film industry to the works of international cinema was meaningful and an eye opener. Film Yukiwarisoo was immediately made into an Indian clone called Bhagyawaan. The neo realist Italian cinema influenced Bimal Roy and his friends and they went on to make the celebrated Do Bigha Zameen. Raj Kapoor armed with his IPTA membership, financed Boot Polish.

The International Film Festival was officially inaugurated in Bombay on 24th January 1952 , by the State Minister for I&B, R.R Diwakar; in New Delhi, the Indian Prime Minister, Jawaharlal Nehru took centre stage on February 16. In Calcutta the Festival was inaugurated on 29th February 1952 (It was a leap year!). When the Festival moved to Madras to be inaugurated on February 7, 1952 the sudden death of King George VI in England sent the Indian Government into a flurry of protocol activity. It was resolved that all the films from England in the Festival would be withdrawn at once, and the Union Jack was flown at half mast.
While in Bombay the official function was held in The Regal Theatre, in New Delhi the newly constructed auditorium of the National Physical Laboratory at Pusa Road, was selected for the official function. In Calcutta, the open ground outside the Eden Garden Stadium was partially converted to act as the main venue for the opening ceremony, while some marquee movie halls were booked to screen the international film programme.

In Bombay, Calcutta and Madras the program for the foreign delegated included visiting some film studios. In Bombay and Calcutta the foreign delegates were impressed by the use of outdated film equipment to make still good quality films. In Delhi the film delegates were all sent to Rajghat to offer their respect to the Father of the Nation, and one of the evenings was booked for tea with Dr Rajendra Prasad, President of India at the Rashtrapati Bhawan. Those who wanted to visit Agra for seeing the Taj Mahal got a good glimpse as the Taj Mahal was closed to public access that day.

Most of the film delegates from foreign countries thinned out their stay in India after the opening ceremony in New Delhi. Frank Capra still pushed himself to Calcutta. No foreign delegate was reported to be present in Trivandrum. In fact Trivandrum was not even on the circuit map of the film festival. It was added by the government when many film makers in Kerala protested for being ignored. Therefore official brochures do not mention Trivandrum as one of the festival venue while media reports of the day, mentioned the screenings.

1952 was also a very important landmark for the Indian film industry. During the year the Cinematograph Act was also passed. In the debate the effect of the international film festival was repeatedly made.

At the end of this film jamboree, the Indian government could not make up its mind whether to make the event an annual feature for India or not. The original festival had been bannered as ‘International Film Festival’ or “IFF”. In the intervening years, the government was told to call it the International Film Festival of India or IFFI. This was the first film festival in Asia, and the third in the world after Venice and Cannes.

It took a lot of push to recall the whole exercise in the second International Film Festival of India, in 1961. Four years later in 1965, IFFI was made a competitive film festival, By this time the writer of this feature had reached the age when he could see the ‘adult films’ of the IFFI, and gain entry to the movie halls in Delhi/New Delhi with paid tickets in hand.

One of Asia’s First Film Festivals – IFFI over the years.