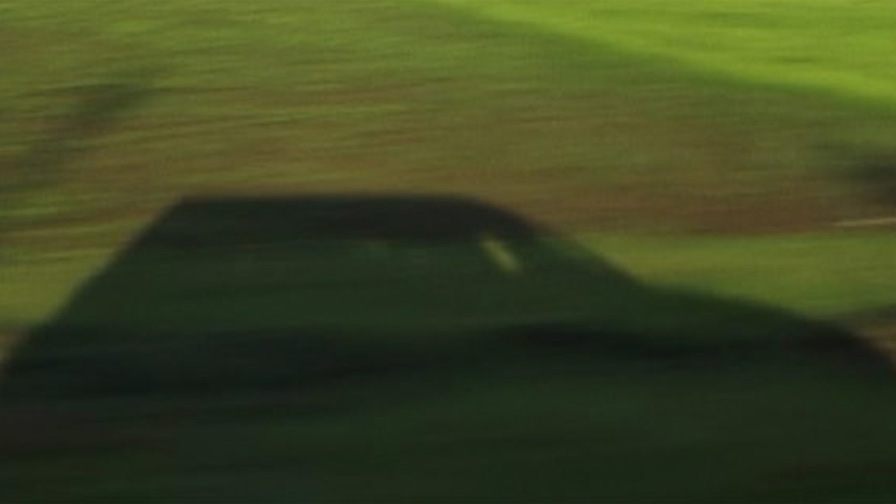 The cinematograph can be defined as a writing with movements and sound. The essential problematic of the cinematograph lies precisely within this question—how can the cinematograph move beyond the manifest reality? This manifest reality is the apparent space and time represented before the camera. [highlight background=”#f79126″ color=”#ffffff”]The purpose of the cinematograph is to move to a higher dimension of reality beyond the manifest space and time of the shot.[/highlight] Marxist film praxis finds its logical realisation in dialectical montage in which “the minimum distortable fragment of nature” is juxtaposed to open out to a single dimension of reality. Cinema does not engage a single reality but shows you dimensions of reality with increased levels of consciousness.

Tape 39, the new film by Amit Dutta tries to emphasise this relationship between the manifest reality and the absolute reality. [highlight background=”#f79126″ color=”#ffffff”]If film is like producing a complete painting, video/digital is like using pen and paper to improvise a sketch stored on the DV tape.[/highlight] Dutta begins his film by emphasising the iconic nature of memory by showing us the DV tape in the manifest reality of the shot.

Since his early short film Kshya Tra Ghya, Dutta has been able to create labyrinthine forms of image and sounds to create a cosmic map. Can he manage to do this to the index of memory that is footage already recorded?

Dutta emphasises the chaotic through the shot of the glitched footage: the accident that captures the Absolute reality (isn’t this what Bresson also attempts with his models through the repeated retakes). The horizontality of the edit timeline that attempts to uncover the MacGuffin Jangarh Sinh Shyam simultaneously creates a vertical becoming where different magnifications of the same shot are used so that the shot is one on top of the other. Dutta is trying to create a cinema in which transforming states of mind produce a new relationship to the image/sound combination.

The pre-emption and delay are first emphasised through the pan shot and then the increasing speed of the car (a continuous frontal tracking shot?). The symbolic regime is opened out in which the shot of the Shiva-Linga emphasises manifest consciousness through the Linga and unmanifest consciousness through the snake on top of the linga. Countrapuntal to this engagement with manifest and unmanifest dimensions of reality is the landscape as face denoting matter at a degree of intensity.

This vertical movement of the metre (chhanda) produces an interest in the depth in the image so that the unmanifest can become manifest and vice versa; whilst the shots with different magnifications appear one on top of the other, i.e. delay with a verticality. In this way, Dutta is successful in suggesting dimensions of reality culminating in the deep focus shot of the Jangarh’s room where he died. A difficult proposition. Is Dutta trying to say that a dimension of the higher reality can only be achieved through death and its indexical documentation? This “transformation of nature into art” precisely finds its counter-shot in inserts of completed paintings between the shots. [highlight background=”#f79126″ color=”#ffffff”]Language in the form of inter titles is also an insert: cinema is not a language but language mediates cinema.[/highlight]

This is precisely Dutta’s mandala in Tape 39, i.e. to show you the verticality of chhanda using iconic memory images that document, as in Rossellini, their own unveiling. Every cut lies in between a new approach to the matter landscape that forms a colouring of the mind (for isn’t this what a raga is?); through vertical delays so that the physiological aspect, i.e. the cut, can be elaborated upon. In this way Dutta “colors the mind” (raga) but changes the approach to the cine-note with every new shot. The DV tape then is nothing but an index of memory as map maker that, through the denoted footage (the labyrinths of memory), destroys. In other words, [highlight background=”#f79126″ color=”#ffffff”]the cinematograph is anti-memory, producing a quality of attention that defies causality.[/highlight]