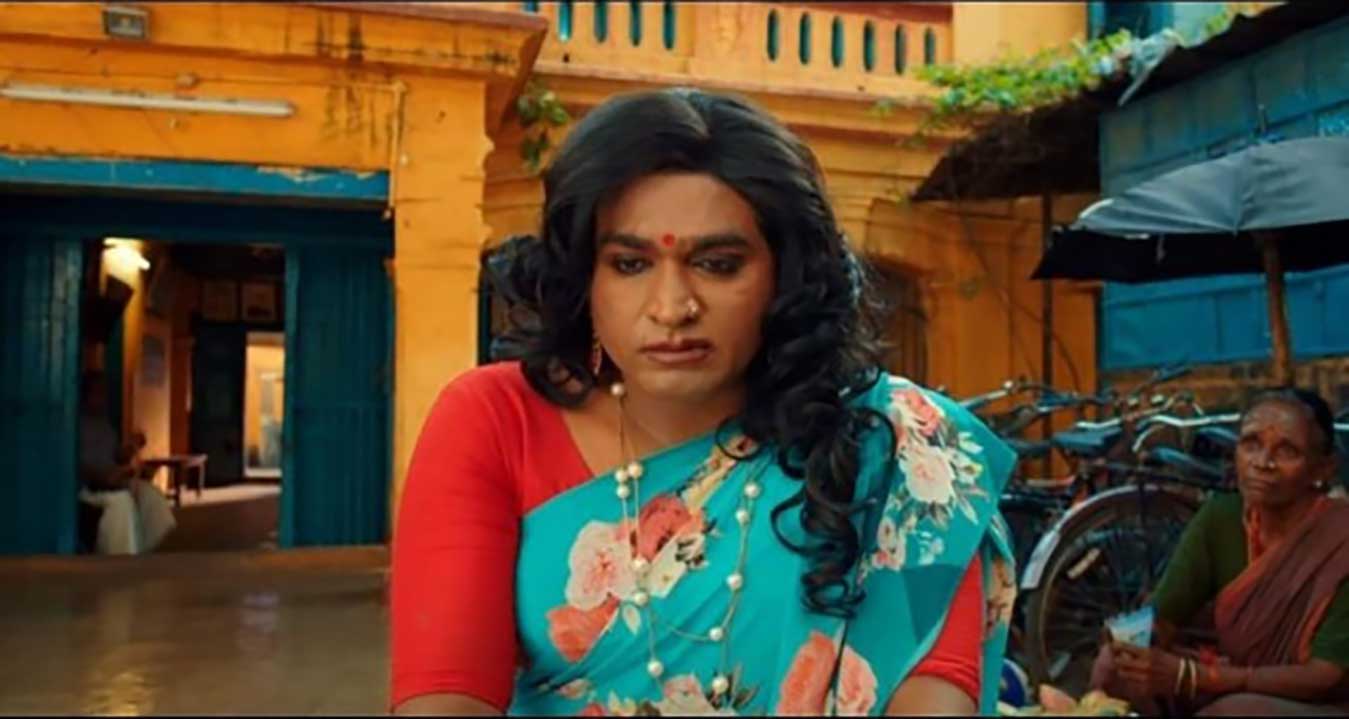 Super Deluxe is the winner of the Best Movie of the Year at the 2nd Critics Choice Film Awards, instituted by the  [highlight background=”#f79126″ color=”#ffffff”]Film Critics Guild[/highlight]; it also picked up awards for the Best Tamil Actor, Best Tamil Screenplay, Best Tamil Director, and Best Tamil Film.

Much earlier in the year, Super Deluxe had been adjudged the Best Indian Film censored in 2019, or uncensored and publicly exhibited anywhere in the world in 2019, at the 5th annual  [highlight background=”#f79126″ color=”#ffffff”]Film Critics Circle of India[/highlight] Award, at which 33 film critics from all over India cast their votes.

Super Deluxe is presently also in the final nomination list for the [highlight background=”#f79126″ color=”#ffffff”]FIPRESCI-India[/highlight] Award for the Best Film of 2019.

We really never know how much strength we embody until and unless we are left with no options. Every pain has a span, however vicious it is. Time transforms them into memory. Thiagarajan Kumararajan’s Super Deluxe, like life itself, is an unpredictable circle filled with unrelated sets of characters whose lives are so interlinked with the circumstantial and the situational components or the happenings; lives take such turns from time to time that nothing can be established as an absolute.

Some of what we loathe holds the power to transform us for the better and often all it takes to put us on a different path is a forced change due to unexpected circumstances. Life has plans in store for us that we cannot even dream of. An incident happens that would forever radically alter the decaying marital status of Mugill (Fahaad Fassil) and Vaembu (Samantha). From the moment they contemplate divorce, their personal interaction takes a dramatic turn. If in their former situation they were compelled to hold back their resentments, in this newly gained liberation they are permitted to explode into each other’s faces. This brings out all their hidden words, bitterness and negatives that had been bottled up dangerously for years. The realisation that the pressure of impressing each other wouldn’t be needed any more places them in a comfortable zone to expose themselves to each other. This in turn allows them to clearly see their own faults, realise that no one is perfect and be more adjustive, and thus spark a proximity between them that had for long been submerged. Acceptance and adjustment make all the difference in a relationship. It can be tough to have a marriage or a spouse of own choice, and it can be tougher to leave a created bonding. And often it is better to recreate or modify one’s own self than to give up. With understanding, many emotions can be worked out, and life can continue smoother than before. The depth of sweetness is never fully realised till the bitter is tasted.

Love is something that exists in any condition. There can be no term as real love, because what is not real, what is fake, cannot be love itself. The choice of Manickam (Vijay Sethupathi) to change his gender and become Shilpa is an exercise of individual and constitutional freedom, but for that decision he is emotionally tortured and turned into a laughing stock. A society is degenerate that refuses to accept anything or anyone unusual or unique, that demands individuals to fall in line with the crowd, and that has no tolerance towards personal choice of lifestyle. Ironically, it is a child, Rasukutty (Master Ashwanth Ashokkumar), who demonstrates matureness by being open and by accepting his father for the way he is. The cruel hostility of society ensures that Shilpa feel like an out-of-the box creature, an object, an IT, who is not even human. The transgender in Super Deluxe is established as a pure human entity, an independent character, unlike the stereotype clownish one that is commonly seen in most Indian films; the notable exception being Mahesh Bhat’s Sadak (1991), starring Paresh Rawal, who plays a dotting human being, a father. Shilpa too is treated as one possessing beautiful human emotions, a loving and caring heart, and a humane warmth; this contrasts well with the meanness of the two socially-accepted “normal genders”. The primary difference in the two is that one was born a transgender while the other chose to transform.

The existence of God and beliefs are questioned in Super Deluxe. Human action and efforts are projected to be more powerful than idle prayers. The lucky ones go through an illogically violent phase before finally returning to their senses. Dhanasekaran /Arputham (Mysskin), who was once saved in a tsunami, assumed that human industry is worthless and that it is only divine powers that matter. What appear as miracles might provide rich entertainment, but it would be folly to treat them as examples to live by. Karma is the only truth. It is not bogus miracles but the results of our deeds that guide our future. While a mother wishes to appeal to medical science to save her son, a priest insists instead on fervently chanting prayers. It is such blind dependence on the non-existent that prevent people from taking charge of their destiny.

Though all the characters present in the various threads of this film have varied histories and situations, they are finely interwoven, and presented with a balanced clarity. The abuse of power is shown through the actions of a pervert cop, Berlin (Bagavathi Perumal). The dilemma, restlessness, enthusiasm, sexual urge, and inner innocence of adolescence is touched upon. And two characters enact the voice of human conscience—the issue and importance of love, loyalty, and desire is displayed through an alien (Mrinalini Ravi); and Ramasamy (Ramana), though a follower of Arputham, speaks rationality.

Along with the suggestive exploitation of spontaneous, messy, hazardous sounds of street vendors to explain the natural flow of life, music arranger Yuvan Shankar Raja scatters Ilaiyaraaja classics from old films at strategic points in Super Deluxe. The high-spirited ‘I am a Disco Dancer’ track plays twice. The first time we hear it is when a person is about to die at the peak of his happiness, emphasising the unpredictability, the fragility, and the irony of life. The next time it appears is towards the end of the film, as if alluding to Shakespeare’s “All the world’s a stage, and all the men and women merely players.”

Fraternized as a dark comedy, this Super Deluxe thriller screams volumes. One can lie and cheat the whole world, but one can never lie to oneself without escaping the sufferance of guilt. It is in the control of human beings how they can manage desire and addiction against all odds to be loyal to love. Many a times, human actions are determined by situation rather than by will. Character is destiny. And our actions are so interconnected with our society and surroundings that they create a ripple. Life is a butterfly canvas and all the colours, be it dark or dazzling, display their own flavours in due course. Every colour is needed to live life, and when all these are perfectly blended, they turn to one in unison—black, the colour of life, love, acceptance, and neutrality. And this precisely is how ideally human judgement ought to be—neutral.