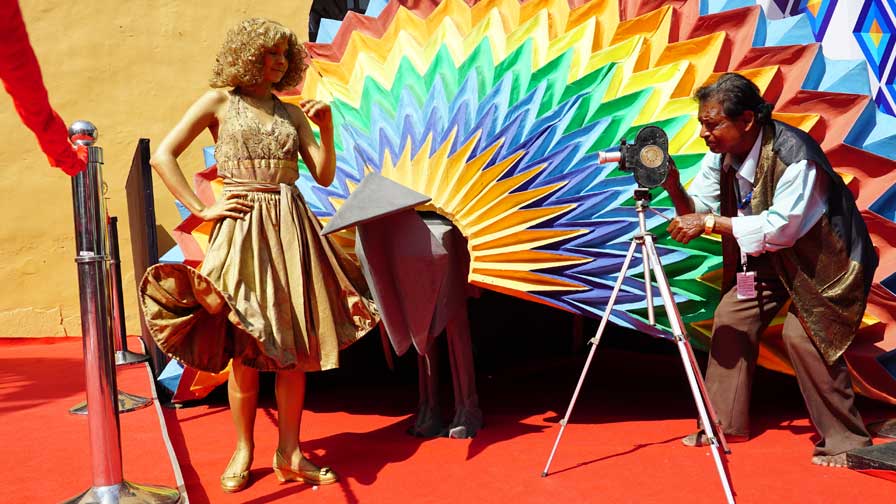 Society
Man is a political animal. So reflected Aristotle. He went a step further to see politics and culture as by-products of nature. Man is given speech and moral reason as natural, inborn, gifts. So, any further device, or design, such as politics, must be natural, Aristotle thought.

History is an interesting play of power — domination of one group by another — through socio-economic-cultural class differences. Aristotle named any such play of power politics. Although nobody is pure victim or pure perpetrator of crime — everybody is connected in the dynamics of the social power play – some groups, or people, are more aware of the play, inherent in the social systems, than others. They know what Marx meant by the remark — “Men make their own history, but they do not make it as they please…” They are the wise people who know the system is not made to change just like that. These people are the perpetrators of the power game to keep the system alive and kicking, and to reap personal fruits too.

On the other end of the power game are the victims. They do not want to know. They feel blessed in ignorance. They complain sometimes, about the lacks in life. But, they fear knowledge. Knowing too much is bad — the comment the new science teacher passed on the fired Mr Rzykrusky in Tim Burton’s Frankenweenie (2012). Most of us are like the new science teacher. We feel threatened by history. We choose to be ostriches on the face of sandstorm instead. We choose to be puppets.

The third category is that of the critic. The critic is as aware as the perpetrator of the crime. But, s/he chooses not to join the rank of the perpetrators. S/he tries to awaken the victims, from the self-induced slumber. S/he does so when she is a naïve critic. The wiser critic knows that the system cannot change like that. S/he knows that the system would take its own time – like any other automaton it has life. The wise critic plays her/his role, despite knowing that it is impossible, and inadvisable, to crack the system, because s/he sees possibilities of spreading the power over more hands by her/his critique. Society

Critics read culture through its products. The act of close reading is sometimes called deconstruction. Cinema is one such product. However, being one of the last such unitary products (webpage or the multimedia spread over a portal is not really a unitary product), cinema brings a panoply of other cultural products to the study of a text.

A text is any cultural product, or any multiple of socio-political forces or figures, that gives rise to an occasion of reading culture and society, and the shifting power positions in these, at any point of time. Any text changes its meaning with the positional shift of the reader, in her/his space or time. Society

It is interesting to note that Steve Jobs can be a text, along with Pixar, Pixar’s films such as For the Birds (2001), or Inside Out (2015), or even a criticism of any of these.

In other words, ideology may be called the cultural capital.German philosophers used the word ideology quite a lot since the 19th Century. Rarely a precise definition was given, however. What Marx, and most Marxists, meant by the word was: For the power game to be sustained, it must look natural. Everyone must think that is the only way in life; there is no alternative. For that to happen, cultural products that would sustain the logic of their own existence for the next generation of users/consumers must be crafted consciously,as tools of brainwash. This chain of affairs is similar to the definition of Capital in economics – produced means of production – tools, schemes or any other artificial resources to bring out the next cycle of production.

The critic tries to look at the ideology — its origin, cycles, products, reformation. Society

S/he needs a lot of different cinemas to deconstruct ideology at work, in a better way. Different cinemas – national, cross-over, queer, experimental, personal, accent, to name a few.

In a cosmopolis like Mumbai, it is not easy to find such different flavors of cinema. Popular cinema, centered around the perpetrator-victim axis, overshadows any other flavor. It is easy to go with the rules of the system. They are well-known. They keep the system running. This is what critics mean, when they complain that Hollywood, or Bollywood, does not want anything strikingly new. Their observation is largely true. Ideas too fresh are summarily rejected. Popular cinemas work around sets of worked out schemes, and their safe variations, that would keep the system running.

Of course, this would produce stagnation with time. But, that is another story.

This year’s edition of film festivals would be attended by an increased number of cineastes. What do they expect from the package of films? Are they critics, victims or perpetrators? What do most of them choose to be?

What does the audience want? Is the audience a homogeneous one? What do different audiences want? Why do they want that? Who refurbishes demands in their mind?

What is the role of the critic today?

P.S. Godard said, long ago, “I am still practicing criticism. What can I do if my medium has changed?”

Anirban Lahiri is a film critic and cinematography teacher. A cinematography product of LV Prasad, he was for a while the executive editor of Film Perspectives. He has taught cinematography for years at a variety of top institutes, including Digital Film Academy. He is presently the cinematography faculty at Mumbai University.