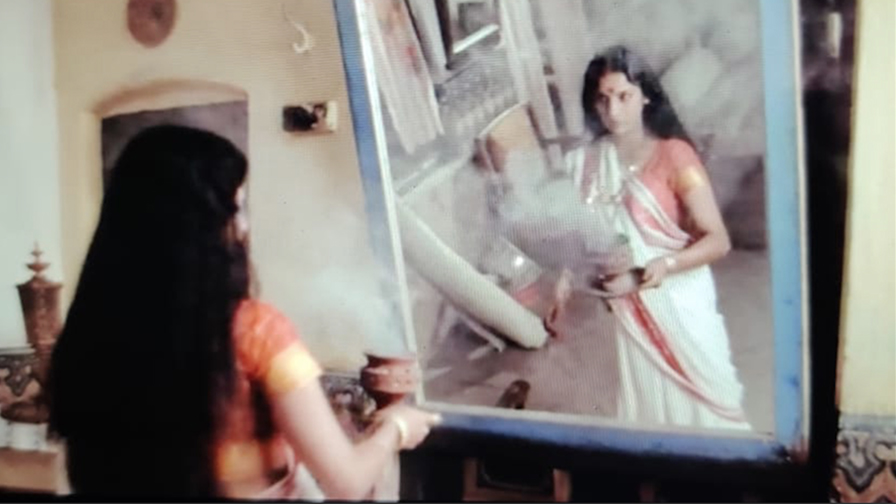 Age cannot wither her, nor custom stale her infinite variety

These lines from Antony and Cleopatra, originally woven by the Bard of Avon to sing a paean to the Egyptian queen, seem apt for Shabana Azmi. There is an unwritten norm that most celebrities much before they approach seventy opt for retirement and live the life of a recluse making only selective public appearances. On her seventieth birthday, contrarily, Shabana is still going strong and is still at the helm, experimenting with her craft, generating public opinion on social or political issues, and sitting for long, engaging interviews for both domestic and international television channels.

In her forty-six-year-long career in the film industry she has wondrously transformed herself and evolved not just as an actress but as a public speaker too. Shabana  has always been articulate, but with age, a mellowed warmth has become an added feature of her personality, opening her up for more conversations. Sometimes she is playful with her fetish perfection, sometimes she is elegance and wisdom personified, and sometimes she is a grand dame in bright purple patched sarees, with a big sprig of flowers tucked in her bun.

Living up to her philosophy that the ‘political is personal’ and the ‘personal is political’, she has kept her personal and public lives in perfect harmony, something that many celebrities and otherwise successful people fail to do. For they are usually very insecure and protective about their private lives. Shabana, on the contrary, has never attempted to compartmentalize her personal, professional or social lives, for she has lived by certain core values and she wants those values to be reflected in all spheres of her life. And the more she mellows in age the more she appears to gather more energy to carry on her missions.

Shabana Azmi has been around for a long time as the cynosure of cinema lovers and has become an inspiration for many, yet very few have been able to emulate her way of believing in oneself, her way of suppleness in work, her multi dimensional personality and her hypnotising oratory. As I sing this paean, the unforgettable images of her as Jamini amidst the ruins in Khandhar (1984), her as Mitthu walking along the craggy contours in Namkeen (1982), and her with the blank stare of the hukka smoking Begum of Awadh in Shatranj Ke Khiladi (1977) rush past my mind; each role is unparalleled and unsurpassable, a sui generis, a class in itself—just like the real Shabana.

With five National Awards in the Best Actress category, from the startled-eyed Lakshmi in Ankur (1974) to the gun-wielding matriarch of Godmother (1999), Shabana Azmi’s celluloid journey, which spans more than four decades, is nothing short of a dream ride. But she is an artist who has never taken her awards and accolades for granted and asserts that it is more a journey of hard work and commitment than one of just talent and privileges, while modestly acknowledging that the right opportunities came to her at the right times. She is proud and grateful to be backed by two strong legacies from her parents—socialist ideologies from her father Kaifi Azmi and the gift of acting from her mother Shaukat Azmi. With age, she has brought slight squints to her big kohl laden eyes, as if to see things better and beyond and a little twist to one corner of her lips, and to show amusement and pretend detachment; but, in actuality she is hardly ever detached from the realities of her surroundings, be it social, cultural or political.

Shabana Azmi belongs to the clan of those handful of artists whose performance, even within the limited space allotted to an actor (for it is commonly believed that cinema is the director’s space), asserts the unlimited possibilities that cinema can explore—cinema as art, as philosophy, as an intellectual movement or a weapon for social change, as entertainment, or cinema as life is—unchanging and unchangeable. In Khandhar, her character accepts the utter deprivation of her situation, but at the end, her reticent, sensitive part is badly defeated as her emotions get better of her; yet it does not promise any change in her life; her image amidst the ruins that Subhash captures, symbolically shows her entrapment to that frame forever.

As an actress, Azmi’s forte is to make her part extraordinarily engaging even though hers is not the key role of the narrative or she is not the prime focus of the director’s camera. Her role as Mitthu in Namkeen is a part of that slice of life left to the doom or destiny, where human beings lack the agency to change it. Mitthu is traumatized and speechless but caring and understanding. She finds new happiness in her life as she befriends and falls in love with a stranger. She shares this newfound happiness with the rocks of the valley, but when the stranger leaves, she receives another shock, never to recover again. The seemingly simple yet nuanced narrative leaves many things unexplained. Shabana’s careless, unmeasured steps on the rocks and her grey silhouette against the craggy contours linger as some enduring images from the movie.

In Shatranj Ke Khiladi, another movie without a central character, Shabana Azmi is the purdah observing and hukkasmoking Begum of Awadh, who is ignored by her husband for the sake of a game of chess. Her blank stare and muffled entreaties are the external markers of her repressed self and they match well with the stifling, closed interiors and beautifully contrast against her husband’s indifference and obsession with chess.

In playing numerous other roles, Shabana has been continuously taking new turns and setting up standards for herself. She closely observes women’s lives and has a deep understanding of how women struggle for their own space. We see her donning as many different hats as none else has ever tried—innocent victim, corrupt powermonger, ridiculous whorehouse owner, what you will. In all these roles, she tries to capture the elusive spectrum of women’s lives, generally caught in the complex web of patriarchy and a gender insensitive society. Instead of flaunting the garb of a ‘humanist’, she calls herself a downright feminist who wishes that women become more visible everywhere.

Shabana Azmi is not an artist who believes in art for art’s sake. Her consciousness is deeply rooted in the social and cultural ethos of her time and she calls for a fine balance between rights and responsibilities that artists must build up in them. She repeatedly urges people to recognize the fine line between celebration of sensuality and commodification of sensuality.

Shabana Azmi is a film personality, a stage performer and an activist with commitment and political consciousness, not in terms of petty party politics, but in the context of larger, day-to-day social interactions. Each side of her personality enriches the other and makes her a person with introspection and high moral responsibility towards the society; however, that does not make her a somber looking matron out to silence noisy children under her ruler. Her offscreen image is one of a vivacious lady always open for dialogues, and also opening new issues for more dialogues. She switches between English and Urdu-accented Hindi with equal flair and is often heard reciting her father’s famous poem:

(Rise, my beloved, you’ve to walk by my side

You’ve the sparks, you’re not just a hint of tears

You’re reality too, not just an engaging story

You’ve an individuality, not youth alone

You’ve to change the scale of measuring yourself

Rise, my beloved, you’ve to walk by my side.)

Shabana has always stood by this, not for her own sake, but for all women.

Shabana Azmi made her debut as an actress in Shyam Benegal’s directorial debut, Ankur, for which she received her first of five National Film Awards. This is what Satyajit Ray had to say of her act: “Her poise and personality are never in doubt. In two high pitched scenes, she pulls out the stops to firmly establish herself as one of our finest dramatic actresses.”