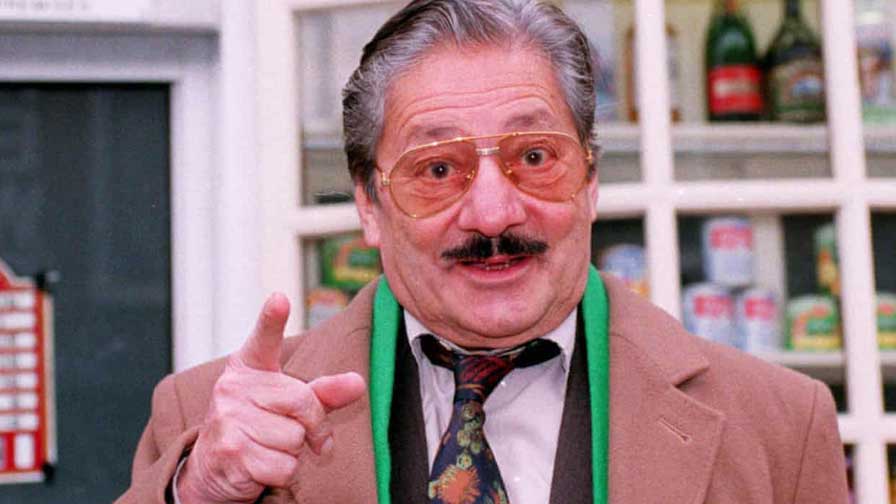 Saeed Jaffrey — the Transcultural Beacon
“I cannot rest from travel: I will drink
Life to the lees: All times I have enjoy’d
Greatly, have suffer’d greatly, both with those
That loved me, and alone, on shore, and when
Thro’ scudding drifts the rainy Hyades
Vext the dim sea.”
-Alfred Tennyson, ‘Ulysses’

Literally in love with the abundance of life, Saeed Jaffrey expertly bestrode the cultural hubs of three continents, daintily switching between radio, stage and cinema. He was the truest representative of the global culture that took the whole world in a whirlwind in the 1960s and 1970s, a phenomenon in which territorial distances diminished and cultural alienation made way for a synthesis of all sensibilities, bringing the East, West, North and South together, up on a common platform. This was the time when Satyajit Ray happened to meet Jean Renoir and Akira Kurosawa, and Ravi Shankar collaborated with George Harrison of the Beatles. 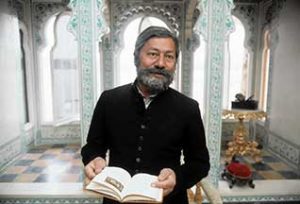 Jaffrey was among the first Indians to set sail on the crest of this new cultural wave. He followed the diktat of his insatiable gusto to know and see more, and then to render whatever he had happened to see and know. Obtaining a Fulbright Scholarship to pursue a Master’s Degree in Drama was indeed a rare feat to achieve for an Indian in 1956, after which he never looked back.

Saeed Jaffrey was [highlight background=”#f79126″ color=”#ffffff”]the cosmopolitan citizen who became, like Tennyson’s Ulysses, a part of wherever he had been.[/highlight] In his own words: “I am part of all that I have met.” He imbibed the exact spirit of each locale where his character was set, and craftily transforming himself into all casts, from a happy-go-lucky nobleman of a princely state of British India to a Pakistani migrant in postwar Britain, and a sporty shopkeeper with betel-reddened gums. While postcolonial political and cultural discourses are afloat with narratives of identity crisis, and dualities of home versus homelessness or root versus rootlessness, Jaffrey made the most of the postcolonial global cultural situation. Instead of ruefully lamenting over the issues of “hybridity” and the “in-between”1 space, Jaffrey drew on his ability to perceive these issues from inside, and brought out a credible portrait of multicultural existence through the characters that he played.

Jaffrey’s type of versatility truly calls for a deeper understanding of the nuances of cultural diversity, be it across the continents or across the heterogeneous socio-religious-economic and linguistic groups. He was an artist who went by the dictum that ‘language is power’, took stride over a number of languages, including English, Hindi and Urdu, and used this mastery to add novelty to his passion and profession. 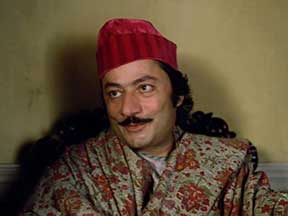 Though his roles are mostly stereotyped in the category of ‘supporting actor’, his thoroughness and readiness made his approach no less assiduous than that of the protagonist. Most arguably, Jaffrey’s Mir Raushan Ali of Shatranj Ke Khiladi made an equally indelible mark side by side with Sanjeev Kumar’s Nawab of Awadh, not letting himself to be overshadowed by the stalwart actor’s genius even for a single moment. His scarlet cap and self-flattering cunning, which was self-oblivious too, makes him even more memorable than the Nawab himself. In the unforgettable Khule aam achal na leherake chaliye of Masoom he made a perfect partner to Naseeruddin Shah while playfully mimicking wooing and coquetry in the cloyed, flirtatious air of an evening soiree. He breathed the fullest of life even to the roles tagged as the smallest ones. [highlight background=”#f79126″ color=”#ffffff”]All he knew was to make his character the liveliest, and he made sure that it remained etched in the audiences’ memory forever.[/highlight]

Saeed Jaffrey also seemed to have been driven by the motto of “carpe diem” (Horace, Odes), that is, seize the day. How else could he have juggled so immaculately with a variety of roles at one go, for Bollywood, Hollywood, Broadway and the BBC? We can only imagine that he was lifted and wafted, all through, by the swift footed zephyr.

Certainly, Jaffrey’s life and works offer a promising site for the study of intercultural negotiations in the era of globalization. [highlight background=”#f79126″ color=”#ffffff”]His flamboyance, sanguineness and sardonic humor are reflections of the glint of his inner happiness and a happiness that he derived from living itself.[/highlight] He only knew how to look ahead and explore the unexplored parts of the human psyche and mannerisms in the same manner as Ulysses pledged to continue his quest till the last moments of his life.