Of cinema and women 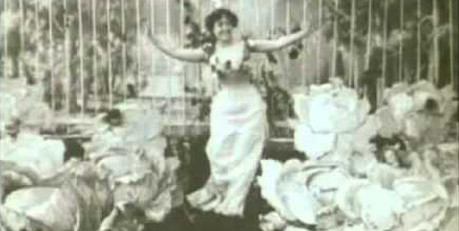 The influence of media on people is unexplainable. It starts from simple mundane things as buying a pen, but extends to extremes of life changing decision making and so on. When we speak of media it includes every aspect of it, beginning from the newspapers to the cyber world that we are in right now. Media consumption is at its peak in today’s society. In an estimate made as part of the study by a researcher at San Diego Super Computer Centre, it is said that the sum of media asked for and delivered to the consumers on mobile phones and to their homes would take more than 15 hours a day to see or hear. This volume equates to the daily consumption of nine DVDs worth of data per person per day. This simple estimate proves the saturation of media and our exposure to it making us deeply involved and influenced by it. We are so much surrounded by the media that even drastically reduces our work and sleep timings. What we are experiencing right now is a form of mediated culture, where the media reflects and creates a culture.

Taking a subjective view on the media, it can be explained that the most powerful media industry is that of cinema. Every media has shown its prominence with time, but one of the unchallenging dominance that existed for a longer span of time was decorated by the medium, Cinema. History of world cinema back in the 1890s when the initial thought arose in its pioneers the Lumiere Brothers, who is known as the Father of World Cinema. Cinema has evolved from being a simplistic medium for documentation to an extremely complex form of art that grew to become a culture by itself making itself a costly artistic expression.

On this context of cinema being a culture, we should look into the politics of film making and biases in the field. How cinema shapes the society and how society further alters the evolution of films. Gender politics is the focus in this term paper and how women’s ‘hands’ behind screen would make a difference to the medium and how this would give rise to an alter form.

When world cinema completes more than a century from its origin, the role played by women off screen is extremely scarce. Women decorated roles as actresses and singers, but a significant position in the industry where her ‘voice’ is heard in cinema was left blank. The politics of women cinema and problems they faced in the industry just because of being a woman is to be researched.

Film can be considered one of the most democratic industries in the society where freedom of thought and expression was exercised at a larger scale and to a larger audience. As democracy remains taboo for women, so was it in the case of film industry. The reason for the lack of woman in the industry was not technical skill or knowledge. Gender politics played significant role in film industry as well, trying to alienate women from the field. Another fact that is to be noted is that, even women directors have tried to dissociate from the idea of their film to be ‘women cinema’ considering the chances of marginalization and ideological controversies. Hence they prefer their film being called a ‘human beings’ work’ rather than a ‘woman’s film’.

On attempting to define women’s cinema, on a broader scale, it is the film made by women. Film being an industry has various levels or work starting from the initial conceptualising to the final level of reaching the theatres and the amount of labour and labourers involved in each of these strata are immense. Each of these roles have significant importance in cinema, but on speaking about women cinema, the primary focus is on areas such as direction, script writing, cinematography and to an extent editing as well, considering their impact on visual impression of the film.

Turning back to the history of women in cinema, Alice Guy-Blache made the very first narrative film, La Fee aur Choux in 1896, during the silent era. During the classical Hollywood period, ‘unconventional’ film makers had a hard time and this made women film makers even more hard to suffer economic failures. One of the great names during this era was Dorothy Arzner who managed to survive this unfriendly working atmosphere and more over smuggling feminism into her films.

Kathryn Bigelow, who won the Academy Awards for Best Director and Directors Guild of America Award in 2010 for her film The Hurt Locker, works in genres which are believed to be alien to women, such as science fiction, action and horror,

The gross income made by women films are not bad either. Some of the top grossed films, especially in Hollywood such as Step Up, Twilight, The Holiday, and so on are also the films made by women. But a single flop made by a woman is celebrated more than her 100 victories.

The idea of women behind camera is much more difficult and challenging in a country like India, where the word ‘feminist’ itself is considered a tag people like less referring to. The society have just started to let go the ‘conventional’ approach and roles of a woman within the family. From such a context, when women move on to an industry which for a long period was regarded a filthy industry, the fights she have to undergo for existence is much more drastic.

The role of women in Indian society has always been brought to the caged concepts of being an obedient daughter, a loyal wife and a caring mother. Throughout she has been taught to live in the light of men. This trend followed in cinema as well. The power to dictate was not extended to women. She would only listen to dictates. In terms of cinema, when women starting coming into films, she either played the scenes scripted by a male writer, or sung songs composed by a male lyricist or music director, or danced to the tunes of a male choreographer. The power that decided the mode of the film was never in the hands of women. It was only at a much later stage that women moved on to ‘powerful’ roles where decisions could be made by her and not him. For a long time even when women appeared as directors or producers, they appeared in the shadow of male dictators.

Independent women also liked their films to be regarded ‘just films’ rather than ‘women films’ as their feared their identity as women. Women films referred to here are not films where women play the protagonist, but where stories are told the way the woman wants it to be said, taking into account her views of viewing the world. Here references are also made to Male Gaze, where women, who do not have homosexual orientation still gets excited seeing a naked or scarcely dressed woman on screen, rather than a man in the same condition.

Muktha is the granddaughter of Late T. Damodaran Master, one of the most popular scriptwriters of all time from the cinema of Malayalam; and the daughter of film critic Premchand and scriptwriter Deedi Damodaran. She is passionate about cinema, photography, and feminist theory. And has worked with major media houses such as Mathrubhumi, Kairali Communications, Media One, The Blink Foundation, and Nirvana Films. She conducts workshops in photography and digital filmmaking. Her debut documentary was screened at IDSFFK. And she is presently producing her debut feature-length docu fiction on the legacy of the Late John Abraham.