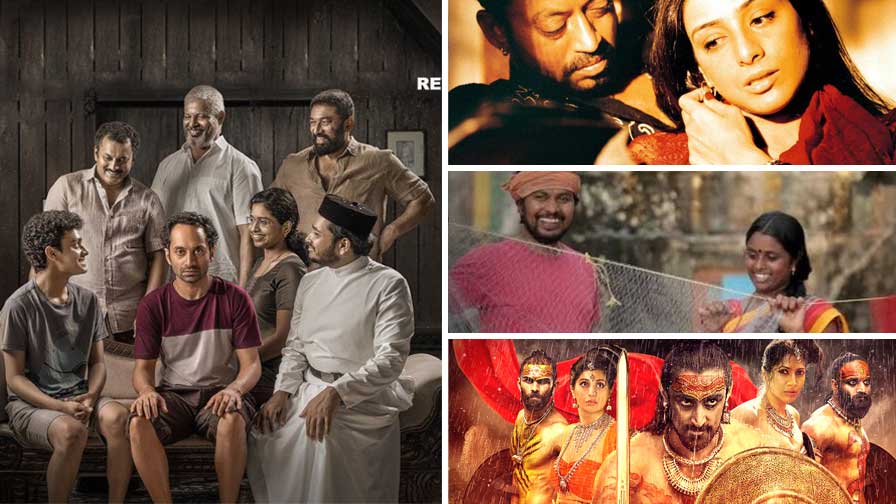 Literary works provide off-the-shelf fast food in the pecking order for film makers to ply their trade when writers’ block bite them. However, a majority of these “inspired” adaptations by filmmakers have always been a tricky and tacky proposition. Only a very few stay true to the text to the ‘T’ and covet the author’s as well as the audiences’ appreciation. The rest simply revel in making suitable — often-times, obnoxious — departures, retaining just a sliver of the original, and invoking disdain and depreciation; the individuals behind such are primarily motived to stamp their individuality on the “inspired” version rather than do due justice to the original and its larger thematic trajectory.

One may well argue that it is the filmmaker’s prerogative on how to interpret the text in a manner that they feel is best to trigger its visual retelling in the film form. True. One certainly has to concede a person’s artistic freedom in giving vision to the text and theme at hand. However, simply retaining the kernel of an otherwise classical literary work, glibly garnishing the film to suit the maker’s febrile interpretation is not a done thing nor can one condone such an attempt; nothing can be more insulting and demeaning than that to the author, dead or alive, as also the audiences who place implicit trust on the director to come up with an honest and decent job. That unfortunately, and woefully, has been the case with the Bard of Avon William Shakespeare’s very many plays. Not that the revered Indian epics The Ramayan and The Mahabharat have not fallen prey to puerile, pitiable and pathetic renditions primarily pandering to the baser instincts of mass audiences to have cash registers clinking.

Shakespeare must have turned in his grave every time there was an Indian version of his play, Macbeth in this case. Until of course, director Dileesh Pothan and screenwriter Syam Pushkaran’s “inspired” and inventive Joji joined the scroll of filmmakers by interpreting the bard’s play to a delectable and ensemble effect.  The film’s producer and lead actor, Fahad Faazil, who says it is “not a direct version of Macbeth, but one inspired by its theme,”[1] puts up a bravura performance, making Joji a pleasurable, engaging experience.

On the international scene, there have been at least six international adaptations /inspirations of the nearly 415 years old play by various directors in the last five years itself — Macbeth (2015 and 2018), Lady Macbeth (2016), Ghost Light(2018), and Stained (2019). The latest is one in the making by one of the Cohen brothers, titled The Tragedy of Macbeth. Additionally, auteurs such as Orson Welles, Akira Kurosawa and Roman Polanski too have brought out their own versions.

In India in the near past, Vishal Bharadwaj foisted Maqbool (Hindi), Jayaraj made the grandiloquent martial art epic Veeram (Malayalam), and Abhaya Simha came out with a modern day rendition, Paddayi (Kannada). But the “tragedy” of gargantuan proportions is that none of these three versions flatter to deceive. The emphasis by these three directors on overtly sexual, explicit body show and lust play with overzealous pursuit of the sex quotient rather than on a subtle, serious and sober look at how overarching avarice, ambition, and guilt, leading to penitence spell doom for the murderous person and his co-conspirator makes one roil at the respective director’s audaciousness to alter the text to their whimsy fancies.

In fact, a cursory revisit of Shakespeare’s Macbeth would reveal that the playwright has never overtly or covertly dwelt upon lust or sexual trysts as a trigger.  The text only bespeaks of the prophesy of three witches — an opportunistic, over-zealous wife girding the protagonist to a greedy, ambitious action that brings about the doom, and death, of both once their conscience is stricken with guilt and remorse at their deed. This essentially is what the play is all about.

These three Indian filmic adaptations /inspirations have done away with witches per se but not the occult or oracle portions that are perfunctory to the pursued plotline. Bhardwaj transposes the witches as corrupt, gun-toting, trigger happy buffoonery horoscope-reading cops. Jayaraj conveniently supplants them with exploitative, naked, nubile virginal lasses. And Simha invokes the local Bootha Kola spirit to tastefully deliver the prophesy, in keeping with the local cultural and folklore traditions.

Since Pothan-Pushkaran’s version is a modern day one that speaks of a family’s expectation of ancestral property, the witches and oracle bit has not been included. Instead the film concentrates on the scheming persona and inner psyche of people populating the household, and shows how greed could stir up even the most lethargic male into affirmative, destructive action.

Though Simha says “it is not necessary to be honest to the text, but be honest to the life being represented,”[2] his version too, like those of Bharadwaj and Jayaraj have conveniently not included the non-sellable parts of Macbeth.Instead, the trio sex up their respective films with sultriness, and the sensual play is of eyeball-popping proportions, and have stooped to tasteless vulgarity, besmirching the film’s rendition of the tragic play.

Bhardwaj dresses up Maqbool with an illicit comeuppance cupid-play between the protagonist and a girl married to an aged man. Jayaraj has two nymphets pleasuring and goading his protagonist to avaricious action that could pass off as semi-porn. Simha, on his part, while faithfully retaining the original kinship of a newlywed couple, conveniently spices things up with their sensuous love play and body show in addition to bawdy dialogues, to supplant the film’s amorous quotient. He further embellishes it with needless eroticism — the wife enamoured by a Dubai scent that sends her into ecstatic, esoteric imaginations as an allegorical afterthought.

Contrast this with the manner in which Pothan has constructed a subtle, understated, unwritten, undercurrent sexual frisson between the protagonist and his sister-in-law sans indulgent physicality. The duo’s matter-of-fact encounters, predominantly in the kitchen, with the man gorging on her cooked meals in no way vitiates the viewer’s aesthetic experience.

While the trio have taken to a highly stylised, violent and bloody narrative structure in keeping with the general ambience that their respective films have been set in,  Pothan has eschewed such overt, visual exhibitionism and has in a minimalist manner rendered his version in a more relatable and realistic sedate tale of destructive greed, which is what Shakespeare’s Macbeth is essentially about.

The films of the trio, unlike that of Pothan, have over-the-top situations. Bharadwaj locates his version in the familiar corruptive Mumbai underworld with its scheming dons, their lieutenants, rivalries, and bloody gang war, and two cops as convenient cogs to oil and grease the gangland warfare. Jayaraj is set in13th Century Kerala to the backdrop of Kalaripayattu (traditional martial warfare) warrior characters drawn from Kerala folklore. Simha sets his version in the high tide sea-washed shores of Mangaluru and the fishing community, the fishing trawlers, and shows the business rivalry between contended traditionalists and the money-minded mechanized owners.

Pothan has situated Joji in the familiar everyday setting of a joint family in which the disciplinarian and doughty patriarch is robust as ever and still building his biceps. Despite his failing health, he defies death, and stands rock solid between the expectations of some of his offspring and the inheritance that would change their lives for the better.

In terms of subtlety, Joji scores high; the characters convey their emotions through nuanced body language as they go about their daily chores in a mundane manner. Bharadwaj, Jayaraj and Simha, on the other hand, take recourse to embellishing their respective versions with seduction, incest, salaciousness, and needless bloodletting; none of which in any way justifies Shakespeare’s play of royal subterfuge of vaulting ambition and calamitous downfall.

Therein lies the triumph of Pothan’s pure, fluid and fascinating Joji over the other three lavish productions whose directors concentrated more on vacuous atmospherics, wanton theatrics and audacious adult play than on getting into the pith of Shakespearean’s tragic, political and moralistic royal drama, whose primary import is that greed and vaulting ambition can bring upon one’s ruin and downfall.

[1]Newsd. Inspired by Macbeth but not an adaptation: Malayalam star Fahadh Faasil on Joji. April 9, 2021.