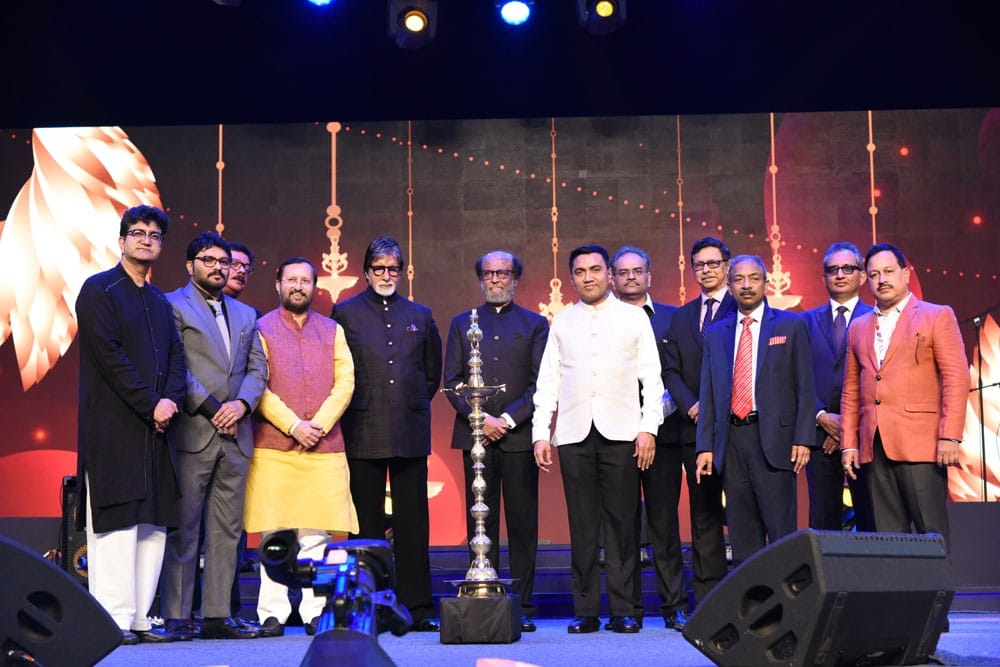 Weighed in by the baggage of Bollywood and chasing the chimera of star power to pull audiences to international film festival seems to have taken the sheen off IFFI, & Goa as a film destination is losing its ground.

“Being at a film festival reminds me of the power of film. The power that we have in our hands. Telling specific stories that start the debate that is needed today, and that connect you with realities that you had no idea were connected.”

From the momentous summer of January 24, 1952, to November 20, 2019, the International Film Festival of India, has come a long way. One of the most coveted festival dos for the who’s who of cinema, and the most significant of film festivals this side of the continent, IFFI turns 50 promoting the crema la crema of cinemas from the world over.

From the Commercial Capital of Maximum City Mumbai to the sun kissed, sea and sand drenched tourist El Dorado of Goa, where it has found a permanent home these last 11 years, IFFI, in these last 50 years, has grown in stature, size and significance, has assiduously stood as one of the foremost flagbearers of Indian cinemas for the world to sit up and take notice.

International Film Festival of India or better known by its acronym – IFFI, has been assiduously providing a common platform for cinemas of the world to project the excellence of film art; contributing to understanding and appreciation of film cultures of different nations in the context of their social and cultural ethos.

Since its inception in 1952, IFFI has steadfastly nurtured and inspired Indian cinema introducing it to world outside as well as many audiences that coexist in this vast and diverse country. From a modest 23 nations in 1952 to over 65 plus countries in the ensuing 2019 edition, IFFI in its 50 years of existence, has also seen the cinemas being showcased as also audiences that make it to the Mecca of Festival Movies seen manifold jump in numbers each edition every year.

However, 11 editions on at the permanent venue of Goa, IFFI seems to be on the wane and lost its pull power and punch. Of course, IFFI is toasting its 50th or Golden Jubilee this November. But time has come for a reality check and some soul searching on the part of the Entertainment Society of Goa as also Directorate of Film Festivals, Information & Broadcasting Ministry.
For a festival that is India’s ambassador to the outside world on the cinemas it produces within, as also films that it showcases from across the globe, that IFFI it seems is regretfully suffering from an identity crisis of sorts, which is indeed a cause for much concern and serious introspection.

For one who has been attending the annual jamboree religiously it is sad to note that not only is the footfall dropping by the year but also the quality of cinemas being showcased slowly, but sadly, on the decline. Given that platforms like IFFI provide the universal window to the best of best contemporary cinemas globally made one’s expectations and anticipation the festival would better and best itself from its early edition is humungous. That it has been to the contrary only saddens the cineaste in one as it has been a shot in the darkness picking up the best of film to watch at IFFI in recent times.

Then, the reasons are not far to seek, nor is it tough to tackle the teething issues that dog one of country’s most coveted and much anticipated calendar call specially for the avowed cinephiles from across the country.

That in the absence of a sizeable local population gracing the festival and it is those 1000s of aficionados especially from Karnataka, Kerala, Chennai, Maharashtra and other distant places who make up the festival crowd should waken up the officials who seem to have gone into a deep slumber and taken it for granted that IFFI would succeed against all odds. But that is not the case.

The first and foremost problems with IFFI is that despite being Directorate of Film Festivals’ baby, I&B ministry has conveniently thrown its baby into the bathtub of ESG, which is a worrisome factor. That Karnataka, which at one time has boasted of the finest of infrastructure to host film festivals as also given its much more mature and cinema conscious audiences, lost out due to political reasons is another matter.

That ESG though situated in the epicentre of IFFI venue is still unable to come to grips with meeting the expectations of the avowed lovers of cinema is a matter of deep anguish and shame. The mishandling of entry at venues, the total absence of budgeted food courts and the glitches of online booking of tickets are just tip of the iceberg.

Also that the MCs who introduce the films to the audience has no knowledge of cinema whatsoever and mouth their introductions in rote like robots is another dampener. If one had expected ESG to have sorted out these issues, I am afraid it has not and ironically, the problems are only compounding each passing year.

One of the other major issue with IFFI, has been the organisers unabashed fixation with Bollywood and its equally cinema illiterate clan. The inaugural this time was a classic example of how a festival of serious and aesthetic cinema should not be.
The whole exercise turns into a vacuous one and more of a platform for the invited stars and starlets to promote their own films and agendas than help enhance the prestige and brand of IFFI. Where was the necessary for a Koffee with Karan kind of balderdash that too at an inaugural, not to mention the thamasha in the form of impromptu jigs and jives which do not in any way go with the essential spirit and larger context of a cinema carnival like IFFI is being hosted and held.

With emphasis more on playing host to a retinue of Bollywood stars for the sake of sound bytes and a few lines in the print the quintessential soul and solemnity of IFFI is shrouded in ritualistic reality show than be the platform to enhance the cinematic experience as also educate the audiences on better understanding and appreciation of cinema in its multifarious forms. Instead of being a well spring for the who’s who of regional cinema to showcase the diversity that India is, except for the token Panorama Section, which has its own biased and parochial considerations of which film find their way into the screening scroll, for the aspiring talents of the country to learn from the films being showcased as key takeaways, IFFI has only turned into a jaunt where freewheelers and tourists are wooed to experience the marvels that Goa offers for itinerant travelers than hardcore lovers of serious and art house auteur oeuvres.

Where a better financial planning and budgeting could help IFFI to be the best single window showcase to the crème la crème of cinemas of the world, precious money of the exchequer is being frittered away in hosting and housing invitees in star hotels and hiring a retinue of college students to conduct them from one party to another and ferry them to other personal itineraries than IFFI. That film makers across the country only grace IFFI only as official invitees when their films are part of the panorama and do not grace it otherwise only speaks of the scant regard and least priority that they hold IFFI in their personal scheme of things.
Instead of being a platform where every participant would sorely rue that he did not attend IFFI, the annual festival has conveniently become a ritualistic exercise where a clique of officials and organisers and a few hard followers of serious cinema gather. For the reset though IFFI is as good as not there at all with film festivals held in almost every City and State capital of the country. More than being a best reason to be part of IFFI the festival seems to simply shut the doors given its mismanagement as the depleting footfalls and decreasing quality of cinemas being showcased tell their sorry tale.

Yes, as IFFI gears itself to toast its 50th year, and Goa, host its 12th edition, it is time the powers that be and well-wishers of cinema as a pure play art form where the aesthetic, creative and best of cinemas showcased ensure the best of talents also make it a point to attend and savour the magic and marvel of movies, it would not be wrong to sing the dirge for IFFI and Goa as a permanent host. If IFFI has to face the test of times it is time officials wake up to the reality that stares at them and set about cleansing the Augean stables and put IFFI on the right track.

Yes, it is a Herculean task. But it is now or never. The ball is in ESG and DFF courts. Are the officials listening? Come November 20, 2019 true blue cinema lovers will know the answer. Until then it is adios amigos and Vive La Cinema.