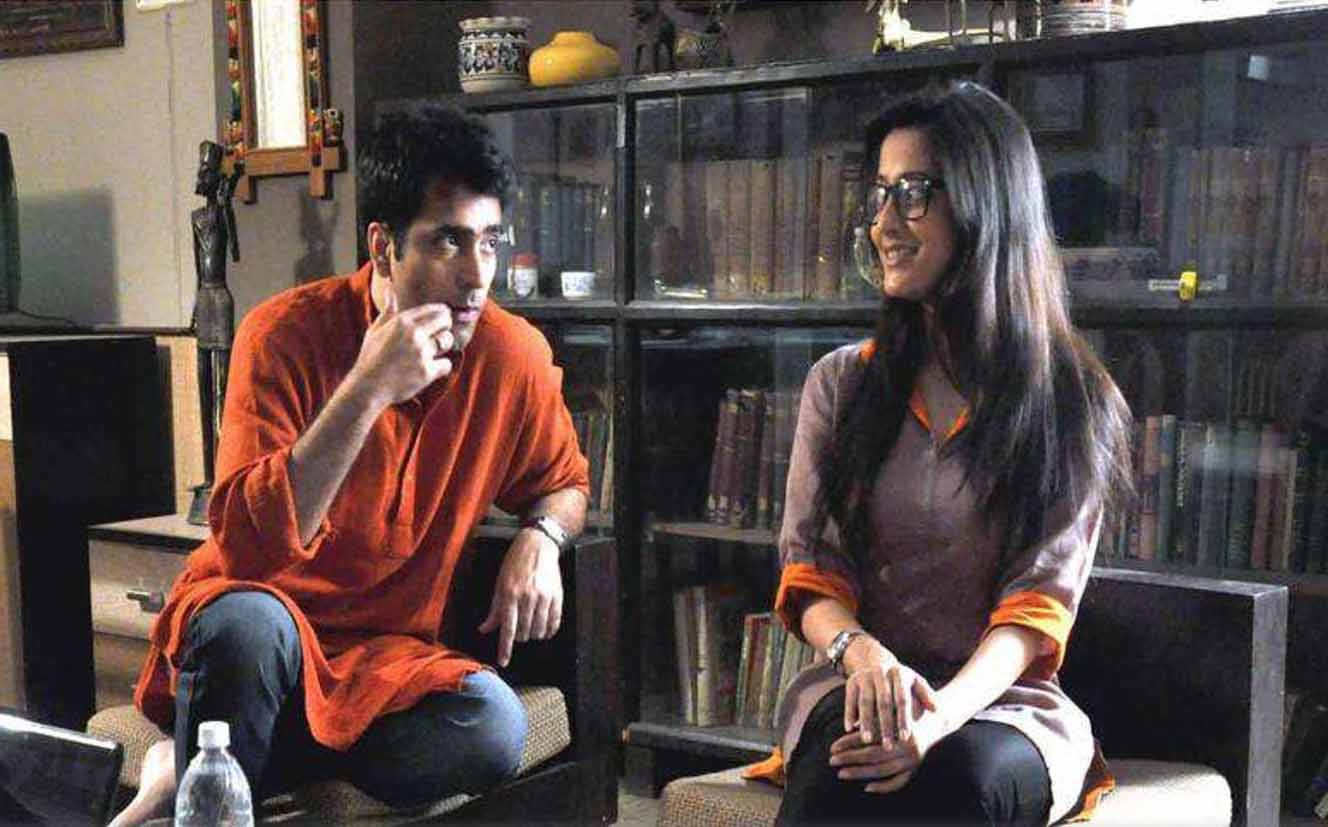 Destiny, love, and jealousy walk side by side in Ranjan Ghosh’s directorial debut, Hrid Majhare. The storyline and the script belong exclusively to him, but a variety of Shakespearean themes spark spontaneously from time to time. The film adapts the stroke of ineludible destiny, precisely, the pithy maxim “character is destiny” effectuated by Shakespeare. It is a credible collage visual  adaptation of Shakespeare’s Macbeth, Julius Caesar, Hamlet, and most decidedly, Othello. 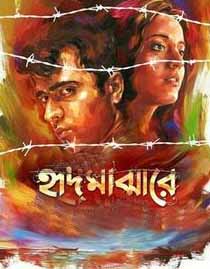 m one thing to the other and the protagonist’s settled life soon stares at traumatic fragmentation. When logic seems to bow its head to the power of fate, these two vulnerable souls fight hardhanded against the inescapable. Sempiternal love gets catechised, trust glimmers, and jealousy raises its vile head, making them victims of their own choices. The ambiance of the very first as well as the very last time the couple meet is identical — a dark, rainy night. The difference between the two lies in the contrast of the situations; one sparks hot love, the other, frigid death.

Abir Mukherjee as Abhijit is at first a picture of confidence and wears the cocky posture of a man well in charge of things, but gradually the contours of his face begins to exhibit a life of tragic sequences. Raima Sen is only required to do her stereotyped roll plays in legion urban films.

Similar to the limbo state of mind of the titular character of Hamlet, in Hrid Majhare too, the protagonist destroys himself by overthinking and indecisiveness. He adopts Hamlet’s ‘To be or not to be’ dilemma and begins to question himself on the value of life and whether it is efficacious to hang on. If in Macbeth, three witches make a prophecy, in Hrid Majhare, it is a soothsayer who sounds a stern warning ‘to stay away from love’. Distinct traces of the Othello character too is found; the protagonist is required to undertake a journey, and is consumed by suspicion and a situational crime.

Hrid Majhare, considered by the critics as one of the top ten adaptations on Shakespeare in Indian Cinema since 1949, is the first Shakespearean inspiration in Bengali. In addition to receiving several laurels internationally, the Oxford, Cambridge and RSA examination board has included Hrid Majhare as additional resource in their respective ‘A level Drama and Theatre’ courses.