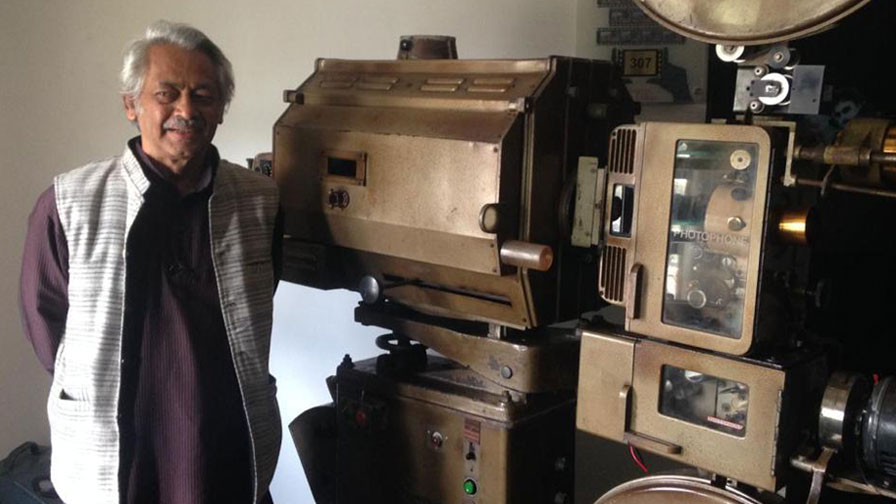 True to his stated philosophy and approach to cinema, noted Padmashri Awardee Kannada Cinema auteur Girish Kasaravalli has been chiseling his cinema spotlighting on prevalent socio-political concerns, while crafting his own idioms and aesthetics.

Girish Kasaravalli’s approach though is not dogmatic or didactic. Neither is it viciously violent or a virulent answer to the ills of a hidebound society that fails to see reason in its failings and the repercussions of its draconian practices on the various diaspora that people it.

The cinema of Girish Kasaravalli holds up a reflective mirror to that which afflicts the people due to traditional dogmas. Benign, humanistic, subtle and provocatively persuasive, Girish Kasaravalli’s films engage his audiences in a dialectical dialogue, cajoling them to see reason, and to reform for the greater good of themselves as individuals as well as for society at large.

Treading a lonely furrow, the flag bearing Kannada art cinema right from 1977 with his eponymous celluloid treatise Ghatashraddha, Girish Kasaravalli has never veered off his creative aesthetics or cinematic vision, but instead steadfastly adheres to his idea of cinema.

Girish Kasaravalli’s celluloid canvas captures the quintessential moral, ethical, cultural and political dilemmas we live in, providing a metaphorical context to them; acts as a possible change agent, though not necessarily; and creates an inner churning and introspective reflection among the viewers of his films.

Kannada litterateur UR Ananthamurthy once said, “Girish Kasaravalli is an imaginative film maker. He provides a metaphorical depth to his vivid narratives. We are made to meditate on them.”

Never one to consciously and creatively push his cinematic envelope to aesthetic levels lest they become inaccessible to lay, discerning audiences, Girish believes in forgoing the esoteric for a simpler and easier to grasp form of cinema, one that is at a much mundane narrative level.

Consequently, while Girish Kasaravalli’s films triumph as soulful, sensitive sagas of human foibles and their aftermath on the subjects concerned, they fall short of much more aesthetic appreciation of cinema in its pure art form, as the auteur seeks to consciously and deliberately eschew these elements for the greater purpose of reaching his intended audiences, the masses.

Girish Kasaravalli has never resorted to loud and preachy statements in his films. Instead, he subtly, sensitively, and profoundly conveys the homily of the film while ensuring that the underlying undercurrent in his thematic treatise drives home the point as unobtrusively as possible. Each of his films pulsate, resonate and abound in a multitude of meanings and with multifarious strands of metaphors that bespeak of our lives.

A cursory walk through all his works since those halcyon FTII and much feted debutant Ghatashraddha days to his latest foray with Illiralare Allige Hogalare (Can’t Stay Here, Can’t Go There) offers one a glimpse of the inner workings of Girish Kasaravalli’s cinema of serious engagement as well as of where he has drawn the Lakshman Rekha, the line that he never crosses lest it dilutes the larger purpose of his cinematic discourses. The only time he did so with Kanasemba Kudureyaneri one felt it did not bear the necessary fruition he had sought in his experimentation of the much-coveted film form.

As a critical insider, Girish Kasaravalli, in a filming career spanning over half a century,  has been holding a searing mirror to the harsh socio-cultural realities of our society, and has ensured that the cinema of Kannada Cinema is talked about, and looked upon, as among the best in the global cinema amphitheatre.

Right from his debut short film as a student at FTII, Avasesha, which fetched him a Gold medal, Girish Kasaravalli has shown where his creative cinema disposition lay, and despite the onerous struggle that his films go through to find an audience, he has struck to the principled path he has traversed all along.

The reasons for this are not far to see. A pharma graduate, he found his true calling in cinema thanks to the rich cultural moorings at his homestead in maternal uncle Magsaysay Award winner KV Subbanna, the founder of Neenasam, in Heggodu, and a Yakshagana patron in father Ganesh Rao, who also ensured his son gorged on the best of Kannada literature at that early impressionable age.

The touring talkies of the times that pitched tent in his village every once a while when he was a child, and the film magazines and books that he had access to, sowed the seeds of celluloid dreams in the young Girish Kasaravalli. This was indeed fortuitous for Indian Cinema and in particular Kannada cinema in that it ensured the regional language cinema would always be in the forefront of any discussion on cinema both within India and abroad.

Girish Kasaravalli’s early love for literature and cinema, and his intimate relationship with all art forms, can be witnessed in the individualistic, intuitive and insightful ways in which he adapted novels and short stories for the silver screen.

Girish Kasaravalli was intuitively drawn to the neo-realistic school of cinema whose avowed practitioners were Kurosawa, Ozu, Fellini and Antonioni, besides India’s very own Satyajit Ray; all of whom greatly influenced him. Girish Kasaravalli himself has confessed to his unabashed influence and appreciation of Ozu and Ray’s kind of films on his very own cinematic schooling and approach to film making.

The cinema of Kannada has a wide spectrum. While at one end, Dr Rajkumar, thespian and flagbearer of all things Kannada and its regional and linguistic identity, ensured that there was a modicum of meaningfulness in mainstream films and family audiences visited the theatres without being squeamish about what lay in store, at the other end, realistically portrayed issues that were tearing society apart, Girish Kasaravalli emerged as the lone beacon holder for the other kind of cinema, where aesthetics, idioms and craft of cinema dominated the narrative structure.

Tirelessly and singularly Girish Kasaravalli has been singularly capturing the cataclysmic changes around us through his captivating cinema, reminding us each and every time where we are and where we are headed as a society and as a nation.