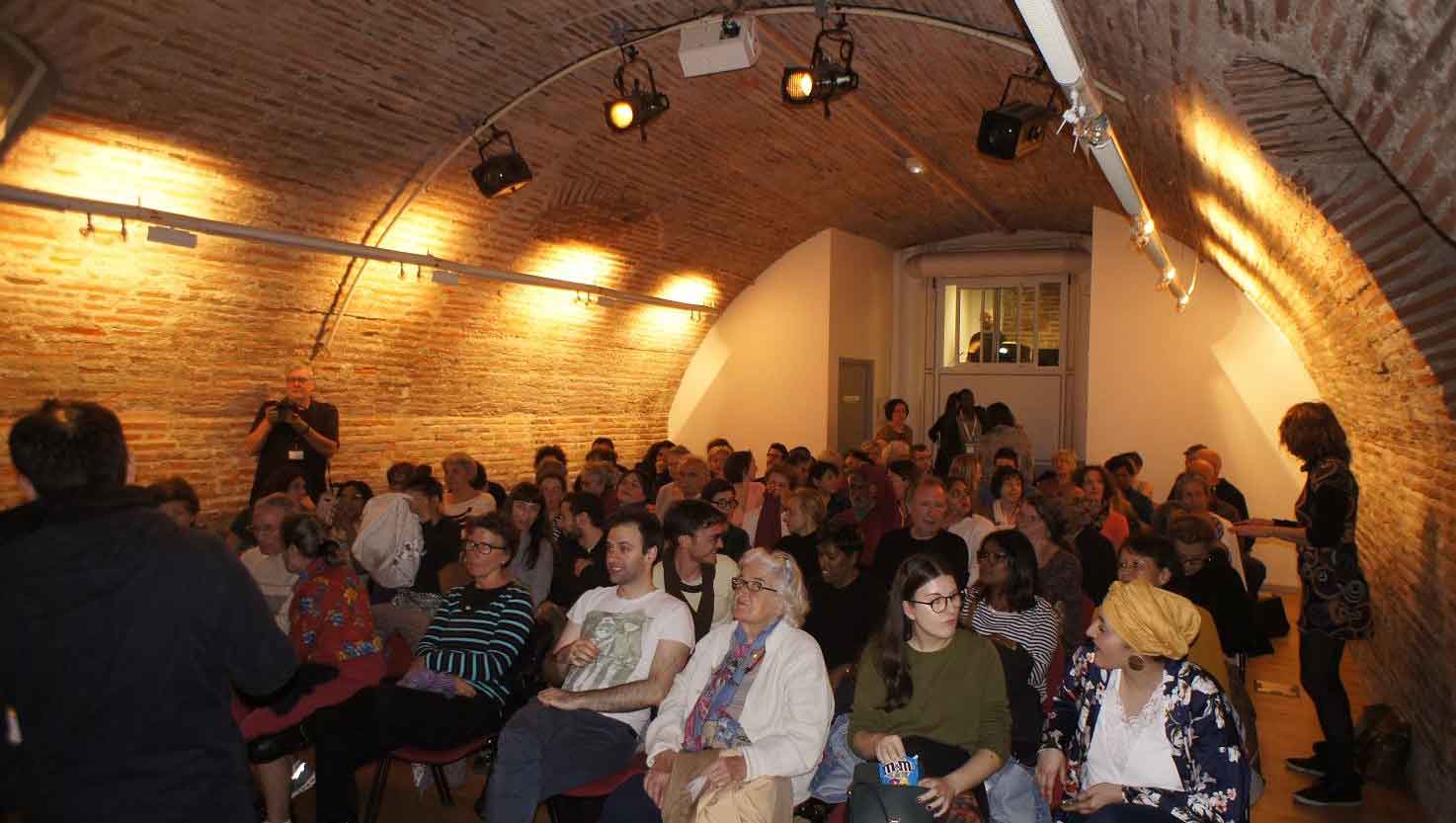 Our primary research on French spectators of Indian films was conducted nearly a decade ago: the ideal age for a first assessment. At present, although reception studies have begun taking hold in France, there are very few publications for the subject. Firstly, working on the audience-level reception is still not fashionable, and secondly, it is actually more restrictive, moving and gigantic than studying from pre-existing material (statistics, professional interviews, and the film object itself). Additionally, the subject seriously lacks visibility, at least with regards to quantity. Few Indian films find a release in France, and even less reach audiences beyond Indian and fan communities.

Reception study of foreign films is never far from postcolonial studies. While working on French spectators of Indian films in mainland France it is logical to face issues from other disciplines. Staszak reminds us that geographical imaginary is inseparable from colonialism and exoticism.[1]The Frenchcontextis not an exception to this rule, especially regarding, firstly, the non-existence of a French market for Indian films, and secondly, the particular spontaneous interest for Indian films (or Western films set in India) by French spectators.

In this paper, by ‘Indian films’, we mean ‘Indian production films exclusively’. We shall not discuss ‘co-productions’.

Bearing in mind that the aim is to develop a French spectatorship for Indian films gives a significant clue regarding our specific audience potential for the near future. It would be interesting, in another paper, to present their enthusiasm and reasons for watching Indian films although there is very little about Indian cinema that appeals to the popular French film market.

Kind of films being discussed in this paper

It is worth noting that in this survey a majority of the target audience watches only Bollywood and Kollywood films. Theirs is not a deliberate rejection. The reason is the mass unawareness of films of the other Indian regions /languages. Such ignorance is perfectly understandable. For, even in official releases, one only gets to hear of films of Bollywood and Kollywood productions. The same is true in the cases of pirated versions subtitled in French, of the legally streamed films in France, and of the legal copies available in French DVD stores. Occasionally, a French “generalist” distributor may release an Indian film such as Umrikaor Hotel Salvation. [By “generalist” here is meant “not focused on Indian productions.”] For a country with an annual release of more than 1500 films produced all over India, and not just in Mumbai or Chennai, this reveals a serious lack of intent.

Options for French spectators of Indian films in France

A spectator who wishes to watch an Indian film in France has a very limited scope if they do not understand English. The situation gets more bleak if they do not live in the Parisian area.[4] Around 30 Bollywood /Kollywood films are released in the French market every year. And they follow a similar pattern: a single screening (or, at times, 2-3 screenings on the weekend) in a few cities in France and daily screenings for a single week in Paris (some of these films are released only in Paris and sans French subtitles).

Subscription to a VoD service such as Netflix or Amazon Prime, who have been streaming Indian films with French subtitles since 2014 and 2016, respectively, is another option. However, no French subtitles are available for Indian films distributed by Eros International, which pioneered this streaming service way back in 2012. French spectators who crave to watch Indian films as soon as they are released wouldn’t want to subscribe to several VoD channels. Instead, they would prefer to buy or rent DVDs; this isn’t at all a good idea unless they chance to live in the Parisian area, for there would be no stores of this kind in their town. Furthermore, the pirated DVDs available in French markets are inferior in quality, and the French subtitles are sometimes not even understandable.

The remaining option is the pirated version available online. The Internet offers spectators the opportunity to watch the latest Bollywood films as well as quite a few Bollywood cult films, made available by fan communities, and with French subtitles. It also allows French spectators to enter a community where they may share films in a like-minded environment. (It must be mentioned here that French spectators of Indian films in France attract judgmental comments.)

Consequently, French spectators all over France are at least enabled to watch Indian films, get the latest updates on Indian films and film events, share views, and learn more about Indian culture. The language barrier too is fast disappearing with the availability of free subtitles created by volunteers. These fan communities are highly active and possess­ a huger catalogue than any other platform and are thus a truly warm and friendly place to discover Indian cinema. Of course, this is simply an observation and not a personal endorsement of piracy in any way.

It is also observed that, irrespective of the medium, a majority of the films in the catalogue are mainstream Bollywood, a few are mainstream Kollywood, and the  exceptions are small-budget Hindi and Tamil films. In the rarest of rare cases, one comes across a film such as Fandry, a Marathi film by Nagraj Manjule (available on Netflix France). Sadly, since there isn’t any available publicity/literature, it is improbable that such films come to the notice of French spectators. Even in the cases when a French spectator is aware that Indian cinema is larger than these Bollywood /Kollywood blockbusters and wishes to watch Indian films of other regions /languages, they would have no access to these films. Furthermore, being curious about Indian cinema requires a certain kind of braveness.

To understand the primary cause of this belief, it is necessary to examine the psychology of a nation. At the beginning of the twenty-first century, knowledge of Indian cinema in France was almost zilch, but the term “Bollywood” was widely used as a synonym for films from India that were of an inferior quality – a kind of ‘illiterate and childish cinema’. Though a totally unfortunate and unfair tag, it says a lot about the subconscious refusal of the elitist French to legitimize a film industry that neither belonged to a Western storytelling tradition nor swore allegiance to Western culture supremacy, in particular, in the field of cinema. This denial by the French cultural intellectuals was in line with their tendency to consider their own culture as the torchbearer.  It isn’t at all surprising then to read the following words from the write-up on the Hindi film Gangs of Wasseypur, published in the 2012 edition of a French magazine: “le cinéma indien entre dans sa phase adulte et américanisée” (“Indian cinema enters its adult and Americanized phase”).[5]

The subtle contradiction between ‘becoming an adult’ but ‘under the hegemony of American cinema’ expresses the arrogant position from where these words arise—a country proud of fighting American film industry hegemony around the world, and proud of its own ‘cultural exception’. The famous “exception culturelle” (1993), related to French politic in culture undoubtedly has very positive effects, but these effects disguise with difficulty a cultural protectionism towards not only the American film industry but all foreign cultures[6]. (In turn, it becomes a perfect twist in the use of CNC financial support to local production/distribution when these financial helps to produce/distribute foreign big budget mainstream films in the French market. This is another topic altogether.) The fact is that there is an invisible cultural barrier, and crossing the limit exposes one to a blame for cultural betrayal, and it is taken as a proof of poor taste and a lack of style. This won’t help French spectators to be brave and curious. I still remember my first presentation at a symposium. At the end of the Q&A, a professor came up to me and asked, anxiously, “My dear, you don’t really watch these films, do you?”

The appreciation and promotion of cultural otherness

Understanding the habits and preferences of Bengali cinema audiences

Vanessa Lien Bianchi is the festival director of the ‘Festival Des Cinemas Indiens De Toulouse’, which has seen 7 editions, and whose primary mission is to offer French audiences a glimpse of Indian culture. Prior to that, she was a director for master student research; and worked as a coordinator for the radicalization of the youth for the Ministry of Justice. She is a product of the ENSAV School of Cinema, and is a MENSA member. She is presently doing her PhD ‘Audiences for Hindi films in France: customs and practice of foreign communities’; and a research focused on the Indian regional film industries, the cultural legitimacy in France, the French market for foreign films, and Indian crews in France. Additionally, she's the founder of the distribution-promotion company ‘Les Films de la Haute-Vallée’, and of the publishing house ‘Kaleme’.