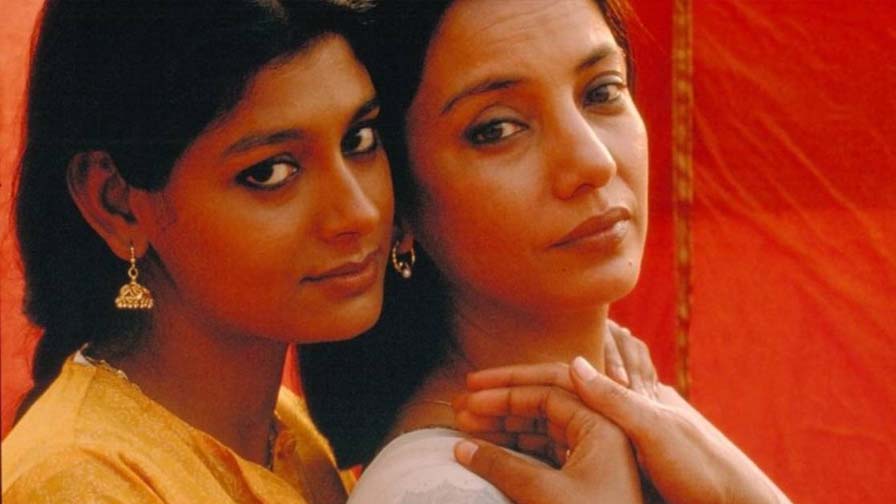 Fire asks society a few uncomfortable questions. Is the desire to love someone beyond the periphery of the heteronormative relationship a sin? Can a woman not love another woman, or a man love another man? Even in this modern age, why do certain societies step backwards and attempt to regulate the bodily desires of individuals? From whence came this law that only a man and a woman have the right to be in a sexual relationship? Who deems what is perversion, and therefore illegal? And who gave any section of society the right to declare that sexual activity should be undertaken solely for reproduction?

The film traverses through various forms of relationships that individuals escape to, unmindful of the confined lens through which sexual desires are viewed by traditional Indian society. A sexual relationship between two women, an extramarital affair, and the denial of all forms of desire come to the fore while how bodies should behave and who determines this so-called correct behavior underlie each of them.

The family system in India is majorly a patriarchal one in which power is wielded by the eldest male member and the rest willingly or otherwise are required to obey the dictate. In Fire, the male head not only pressures his younger brother into marrying a woman and starting a family of his own but also decides how restrictively his own wife’s body should behave. This male head, though he is married, chooses the path of asceticism, but conveniently holds authority over other peoples’ bodies. In practicing austerity in the name of spirituality, the bodily needs of his wife are sacrificed too. Since she has no one to share her love and pain with, the wife ends up indirectly being a part of his penance.

Patriarchal power often brings with it repression in the form of  moral policing, silencing of topics that revolve around sex, and an unspoken insistence on women to engage in the sexual act solely for the purpose of reproduction and never as a means to fulfill sexual desire. In Fire, a girl with a name symbolic of all that is pure rebels to the extent of finding sexual gratification not with a man but with another girl, and the other girl is one who engages in sex with multiple male partners purely for her sexual pleasure.

Deepa Mehta’s lead women appear to have been deliberately named, originally, after religious figures associated with purity. This was done perhaps to provoke the idea of their utmost dedication towards family values and loyalty towards their respective husbands. Initially portrayed as the typical household women burdened with taking care of other members of the family as well as the everyday household chores, they eventually disrupt the conventional ideas of societal balance by finding a companion in each other.

Sex is a private matter, yet the authority, be it the State, the male head, or a charismatic persona, seeks to know the truths of this private sphere. Such private information is used by those in power to control what they deem futile activity by passing judgement on these deemed acts of perversion. In Fire, this authoritative figure comes in the form of a priest who commands confession on the part of his subject, and classifies pleasure as a sin and female sexual bonding as abnormal, and upholds the value of chastity above all.

Fire breaks stereotypes and exhibits the different needs in a relationship. The conjugal life of the two different couples in it are the very opposite of what is usually depicted in Hindi cinema: smooth and happy. While one brother completely abstains from sex, the other embraces a relationship outside marriage purely for sexual pleasure. The film also exposes a familial hypocrisy. Though sexual pleasure from a relationship outside of marriage is often heavily reprimanded, it is sometimes conveniently ignored if the consummation in the conjugal sphere has a possibility of leading to an offspring, preferably a son, a utilitarian product displaying the legality of a relationship.

Ananya Nandan completed her Masters in Sociology a few years ago from the Department of Sociology at the University of Delhi. Her interest lies in looking at how various sociological concepts interact, with a particular focus on class.