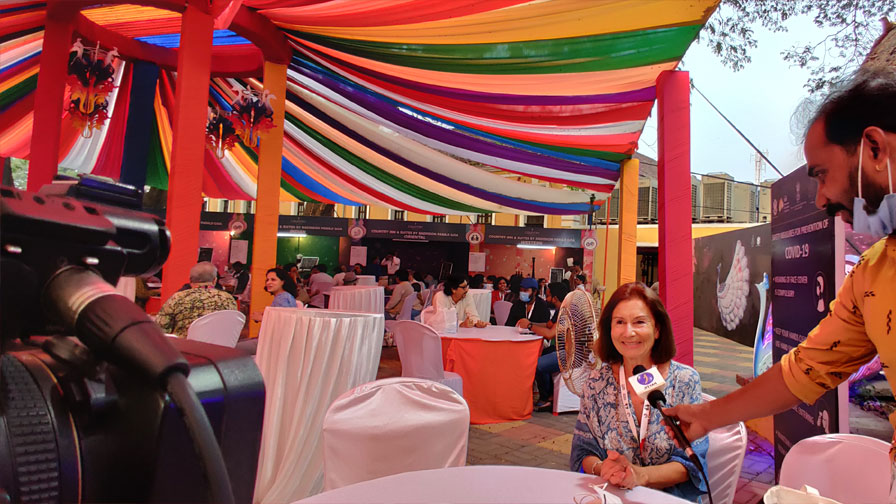 Film festivalas — a platform for gender parity
Discriminated, underrepresented, misrepresented with that proverbial male gaze syndrome on screen, and subjugated and suppressed to the point of stoic silence off screen, women in the film industry have had to face a Sisyphean struggle to come into their own and wrest their due from an otherwise male dominated /men driven entertainment industry.

The high profile #MeToo and Time’s Up movements of recent years sharply shifted the focus upon sexual assault victims, especially women, and created widespread awareness. However, very little appears to have changed—the entertainment industry has not really moved forward from the “Men act and women appear. Men look at women. Women watch themselves being looked at.”[1] syndrome. The decisive change in the West has come from elsewhere. Film festivals there have become a great equaliser. A platform for gender parity.

The world’s top-tier film festivals congratulated themselves last year when, one by one, they signed a pledge on gender parity drawn up by the French women’s organization 5050X2020. The protocol commits the fests to greater transparency about the number of films submitted and the makeup of their selection and programming committees, and calls for an even gender split in senior management ranks.

Since Cannes became the first to sign in May 2018, both Toronto and Berlin have named women as festival co-directors for the first time in their history: Joana Vicente and Mariette Rissenbeek, respectively. (Henry Chu)[2]

That finally, now, there is a conscious attempt in the West to give women their due is a welcome augury. This is a definitive development. And [highlight background=”#f79126″ color=”#ffffff”]it is hoped that as women representation gains in strength and their voices are heard, seen, appreciated and accoladed, it would ensure that women filmmakers would eventually turn into a great force to be reckoned with.[/highlight]

In India, though, none of the festivals have taken such a public pledge, and perhaps it isn’t at all necessary.

Women in India are well represented in film festival juries too. Last year’s edition of the Chalachitram National Film Festival featured an all-women jury, nine in all, spread across three categories. Additionally, the two most noted international film festival curators from India chance to be women—Uma da Cunha and Meenakshi Shedde. 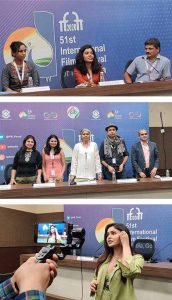 At the 50th edition of IFFI, homage was paid to 50 women directors, a first of its kind that demonstrated the importance of providing women the platform they duly deserve while raising the bar on gender parity. At the recently-conducted 51st edition too, women were well represented—there were 24 films by women directors. Furthermore, many of the major festivals in India have a special award for a film by a woman director.

As divergent as the multifarious cultures and geographies that woman directors represent, their films too, with a melange of themes and social concerns, are as disparate, and offer insights into their minds and methods. That in many of these films the protagonists too are young women navigating the challenges of life and the situations they find themselves in speak of the core thematic concerns of the women directors and the feminine perspective that they bring into their visual narratives.

For aspiring directors in the highly competitive entertainment industry, the top film festivals, which offers one the opportunity to showcase one’s films to the who’s who of the industry in addition to getting written about in the newspapers, is that first, and highly crucial, career-making step. Each of these women directors of today are thus true ambassadors of their gender. Additionally, they are opening windows of opportunity for the future generation of women filmmakers.

Women in cinema in the age of digital