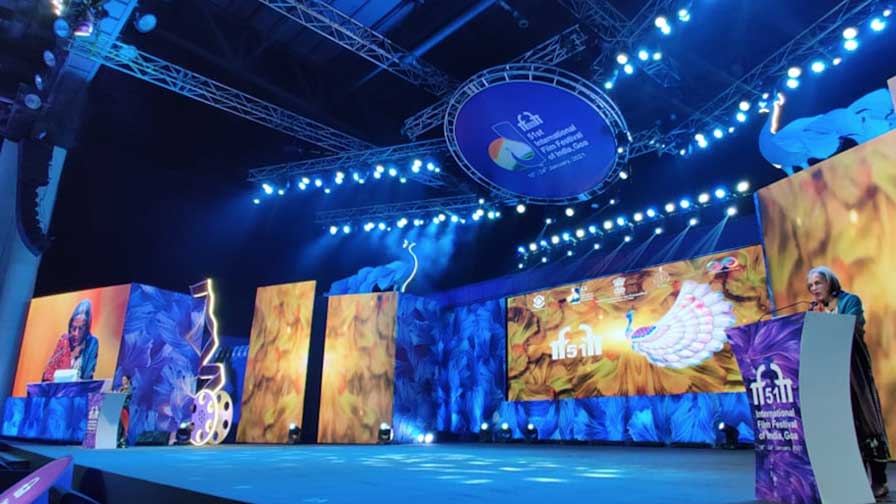 Ever since the Venice International Film Festival, the oldest in the world, blew the bugle in late 2020, announcing with much bravado that it would be held on time, cineastes all over the world have breathed a ray of hope. Roberto Cicutto, President of La Biennale di Venezia, said on the eve of the festival, “the show must go on and the world must go on, to watch and to discuss movies together, to live this art the way we used to live it.”[1]

Following the initial onslaught of the present pandemic and the shutting down of Europe, Cannes first indefinitely postponed and then cancelled their 2020 edition. Many others soon followed suit. However, something radically different came out of this. The major international film festivals, including the top 3, Berlin, Venice, and Cannes, put together a combined act in late May/early June—the ‘We Are One: A Global Film Festival’—a totally virtual one.

Hybrid film festivals came into fashion out of necessity. Thanks to the internet, one now has the choice of attending film festivals either by being physically present or by not venturing into a cinema hall. Film festivals, through the virtual route, have literally entered our very living rooms. But then, cinema being a collective experience with the ambience of a darkened theatre providing its own individual aesthetics and atmosphere, watching films and participating on online and webinar sessions was not as wholesome or participative as a real-life community participation would have been.

At the 51st edition of IFFI and the 26th edition of KIFF, both of which went hybrid this time around, half capacity auditoriums, social distancing, masking, sanitisation, and temperature checks became the new normal. The 25th edition of IFFK takes things one step further—it would be held in 4 different cities in Kerala. We need to toast the resilience of all those working behind the scenes, braving the odds to covet cineastes’ hearts and offer us the very best they can in this present situation.

As one daintily steps into 2021 harbouring much hopes that the year will bring in its wake a resurrection and revival of sorts, the core concept of a film festival, celebrated and savoured since nearly seven decades, has taken a virtual 360-degree turn. While the virtual world makes for a temporary solution, hopefully it would never replace the real-life happenings. For, as actor Keanu Reeves says, “the whole aspect of cinema and film festivals should be a moment to come together and celebrate art and humanity.”[2] Viva la cinema.

Header photograph
Zeenat Aman on the dais at the closing ceremony of the 51st edition of IFFI.