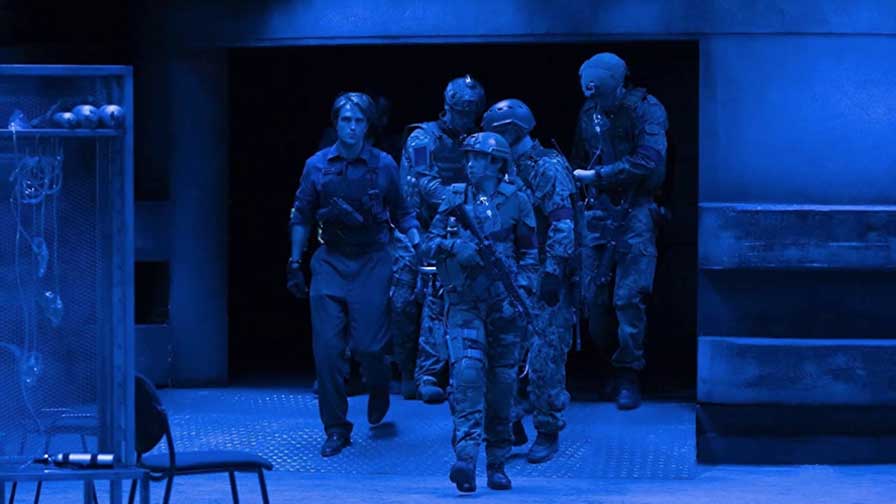 Entertainment industry eyes a Phoenix post pandemic
The global entertainment juggernaut that was having a great gambol run was arrested in its stupendous stride with the Ides of March bringing in its wake the world’s deadliest virus, quickly christened Covid-19. As ‘Social Distancing’ became the new lingua franca, the entertainment industry, which had witnessed robust business and was in celebration mode to usher in 2020 in grandeur fashion, with big ticket movies set to populate the screens across the globe, saw its aspirations cruelly crushed. Thereby, virtually pushing the otherwise robust and resilient industry and its various constituents and stakeholders into dark times of uncertainty and a state of stasis. It seemed as if Dooms Day had arrived.

With government after government announcing lockdowns curtailing the free movement of their diaspora, cinema as a collective experience was stifled and strangulated, and cinema loving people were compelled to relinquish their regular romance with the multifarious and multitudinous creative works that had always held them in thrall.

Needless to say, with huge sums of monies having poured into big ticket movies, the entertainment industry was left starring at humungous losses with virtually no window of hope in the near future to recoup the investments made in anticipation of a huge windfall at the box office. The cascading effect was such that it left the entire value chain of the entertainment industry lurching in a limbo adrift like a rudderless boat wondering will there be a better morrow turning 2020 in to one of annus horribilis never ever envisioned by the dream merchants.

But then, like a sliver of hope, you had the streaming platforms providing the much-wanted avenue to an industry that had been pummelled into a vortex of darkness and left floundering for a ray of sunlight to survive and revive itself.

Initially, filmmakers boarded the OTT bandwagon quite reluctantly. As one after the other jumped into the bathwater to test the waters of uncertainty, the traditional theatre owners and exhibitors were roiled and much chagrined at their counterparts’ hurry to wrest back their investments. Cannibalisation soon becoming the new survival order in this dog-eat-dog world where huge sums of money had been invested and quickie returns envisaged that there was no other remaining option. ‘Being served rightly and on time’ became the new pecking order as OTT platforms courted and coveted those in dire straits, lobbing the carrot of ‘recover and survive today if you want to make a kill tomorrow’.

As a result, the streaming industry saw a sudden resurgence and an hitherto unexpected fillip to register a 55-60 percent year-on-year growth in the pandemic hit fiscal, according to the Boston Consulting Group and Confederation of Indian Industry report. Meanwhile, the theatrical exhibition business plummeted, suffering over Rs 3,000 crore plus between March and September.

Theatres in India were finally permitted to open in October, but only to half their occupancies. The Hollywood film Tenet and a host of Indian films with star attraction attempted to woo back audiences grown up on a theatrical, collective experience of big screen outings and draw them out of their cloistered and boxed-in living room entertainment.

The traditional exhibitionists of the entertainment industry were now faced with a new question: besides true value for money, how best to cater to the insatiable appetite of the movie public for paisa vasool entertainment following democratisation of screens across the spectrum making it a win-win situation for all the stakeholders in the survival game?

With the inimitable charm of theatres, a sense of commune in collective, community viewing experience of films, the entertainment industry is perhaps in for a churning and long overhaul where content will dictate who will collect the sweepstakes and who will fall by the wayside.

While industry watchers believe that there is bound to be a quantitative rise in the content, however, in the new tall order, much emphasis would be on the quality of content and how that content would be stitched and suited to the needs and demands of the streaming platforms and theatrical circuits who will be looking to it. Gone will be the days when one size will fit all and cinemas that will be rich in content, as diverse and disruptive in its execution and engagement in a dystopian world that the entertainment business has been driven into will be the order of the day.

Sure enough, as industry watchers posit, segmentation and segregation of content would be the new transaction of trade in the times to come, with platforms catering to the niche palates of audiences from the discerning and aesthete to the pure play commercial entertainment seekers.

One can hazard and envisage to posit that a quiet cinematic revolution is in the offing as a sense of sanguinity sets in to the various stakeholders of the entertainment empire as they seek to put their business back on the rails. Indeed, one can say that a Phoenix act could be witnessed as the pashas of entertaining and engaging cinemas play the roulette of survival to create an annus mirabilis.