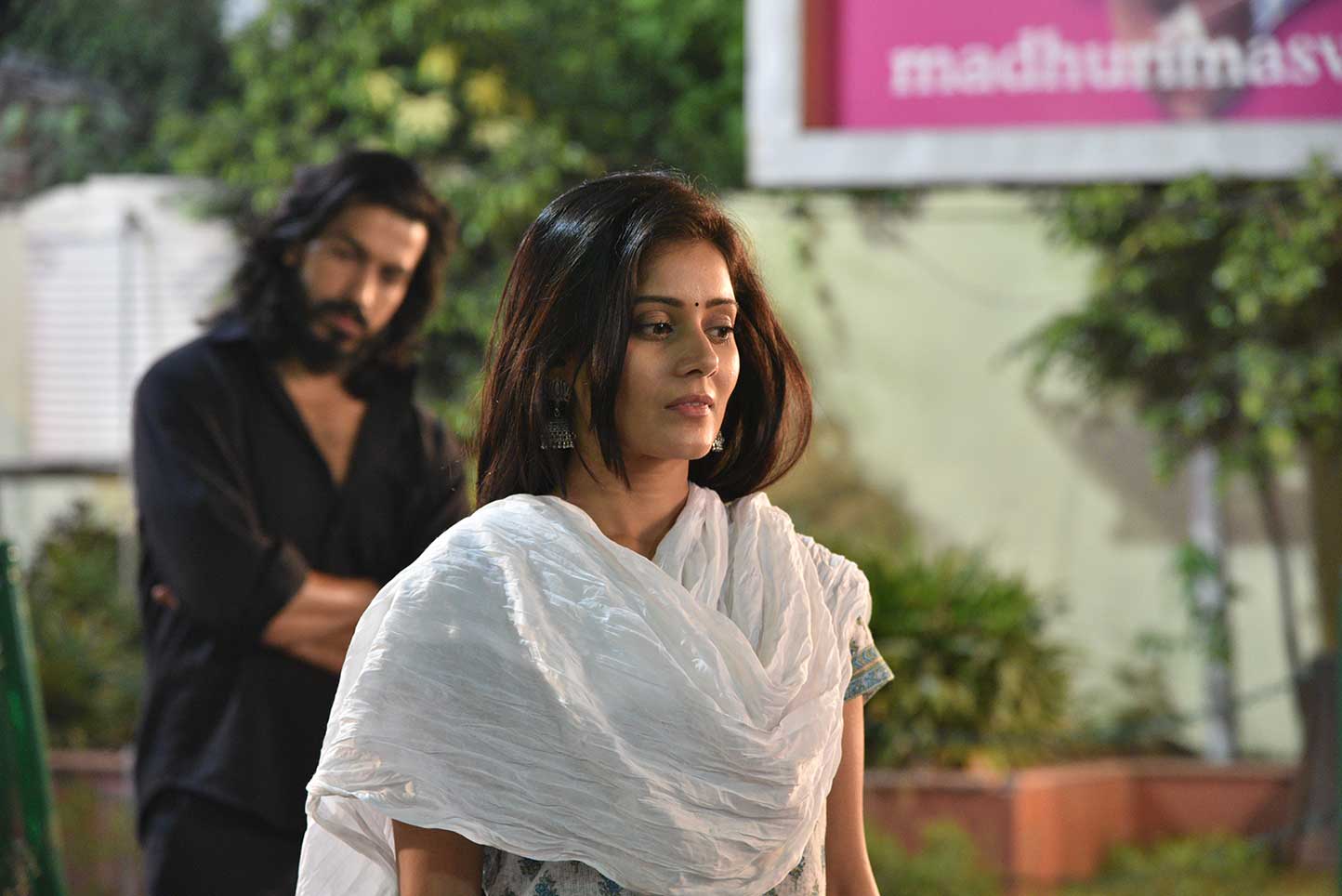 In A Thousand Plateaus, Gilles Deleuze and Felix Guattari (D&G) define the machinic assemblage as having different speeds, slownesses and intensities on the Body without Organs. They go on to deconstruct the machinic assemblage: a machine is anything that can be plugged into, whereas the assemblage is that which “deterritorializes” the becoming (flows). The point is that D&G are providing us with a toolbox for thought, which is then broken into its components that do not resemble one another.

For us, the fundamental question in Sharad Raj’s debut Ek Betuke Aadmi Ki Aafrah Ratein is whether photographed theatre is different from “a writing with images and sounds” (Bresson) or cinematography. Like D&G we will break the assemblage “photographed theatre” into two parts photography and theatre. Photography is about capturing a section of time on film or digital bits, whereas theatre is the un-covering (altheia) of the truth of the actor. As Rajneesh and Krishnamurthi point out we must stay with the question; or the Deleuzean problem whose construction is more important than its solution: the solution is how the question is constructed. (In this regard, Jean-Luc Godard’s posing of the question is extremely profound. For Godard, things are not “good” or “bad” but instead: “How are things?” (Comment ca va, 1978)).

Instead of comparing Raj’s work with that of Robert Bresson, I will instead argue that Raj’s work is a commentary on Alain Resnais’ first three films: Hiroshima Mon Amour, Last Year at Marienbad and Muriel. The object petit a or the obscure object of desire, that can no longer be recollected (like ‘Rosebud’ in Citizen Kane), is the event i.e. riots in Muzaffarnagar, that simultaneously affirmative and null event (Badiou) that find their center in the nation’s capital, Delhi and periphery in the film’s location-space, Lucknow. In other words, Raj’s version of filmed theatre occurs at the periphery of consciousness, where horizontal movements and zoom are used to decenter the film. The film is not so much a transformation of the object, as they teach in bourgeois art schools, but a transformation of image. The interior of the film is this ‘real’ image of Lucknow, whereas the projected image is Baudrillard’s “something that hides the nothing” or simulacra. The inside and the outside move according to the self-overcoming that is simultaneously overcoming and negating or Aufhebung. This Aufhebung transforms Being (space) into Becoming (time). This dialectic between Being and Becoming culminates in the shot that are a direct reference to the opening shots of Resnais’ debut.

The points is not whether Raj’s film is a commentary on Dosteovski or Premchand, but that it creates a sound-image continuum (decoupage) that form a single succession. This succession is then filmed along the Lacanian Real, which find their triangulation in the Symbolic, stylized Kathakali procreation dance, and Imaginary, in the images of political realities that form the outside.

Contrarily, the theatrical is the filming/recording of Bresson’s dictum of a “profound in a posture”, that materializes itself in the recitations of Tagore that confirm Proust’s dictum of being written in another language: an Othering of the Self. Most significantly, Raj’s cinema is one in which the territorial motifs: the advertisements or shop fronts, find their territorial counterpoints in the fixed distance shots that signal the un-Becoming of the Becoming; until the poetic utterances create pre-empted and delayed images (chhanda) that redefine film as a body in a state of tension.