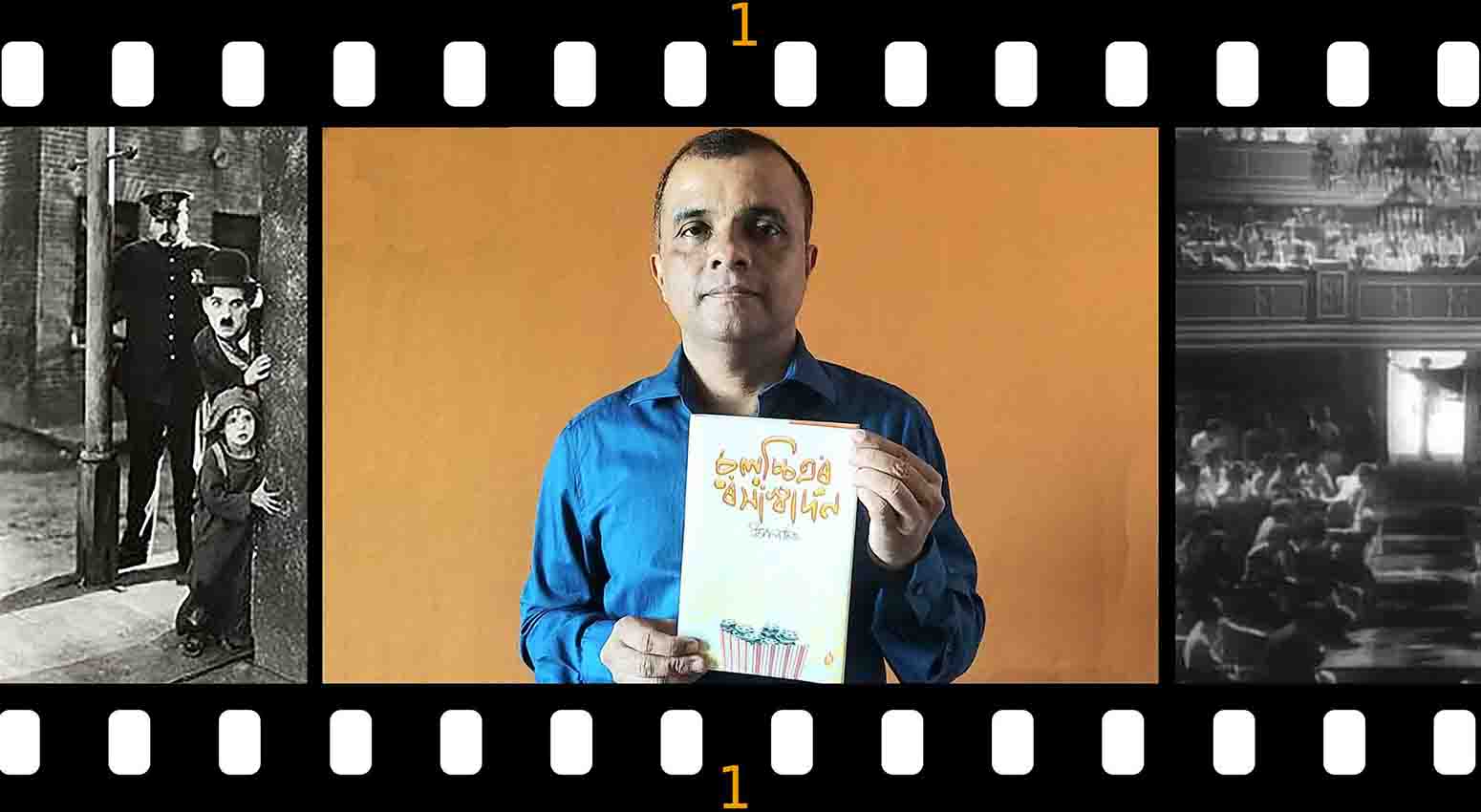 Of all the genres of mass culture, cinema is arguably the most popular and universal, yet it is also the most intricate. Cinema is rigorous multi tasking and meticulous teamwork. It is the ultimate example of intermedia art that brings together an assortment of technological expertise and artistic insight. In cinema we see people like us enacting our own emotions, bringing to the foreground slices of life that are very much like our own; albeit, larger-than-life figures. They are people of flesh and blood, yet in cinema we do not see them as real people. All that we see come to us as mere images. This existence of cinema between the tangibile and the intangible lends to it an enigmatic aura.

If the making of cinema is massive multi tasking, writing a book about the art and technique behind cinema too calls for a great deal of meticulousness as well as some amount of practical experience of working behind the camera. Chalachitrar Rakhachadan by Utpal Datta, a National Award winning film critic who has also made a few short films, clearly stands as a testimony to this simultaneity of expertise, experience and insight. The book is a first of its kind not only in Assamese but also among the other regional languages of Nort East India. It serves to make the reader aware of the complex set of activities involved in the making of a film. The other equally relevant purposes is to draw the reader’s attention to the importace of the intensity of societal and humanitarian appeal of a film as well as the philosophy of the director. The author believes that the knowledge, observation and exploration of these aspects take the experience of watching a film to an altogether new joyous height.

The book opens with the question pertaining to what should be the ideal plausible definition of cinema and also which Assamese word is the most representative. While ‘movie’ is one of the synonyms that is used in English, chalachitra (lit., moving pictures) can be the most acceptable Assamese word for cinema, the author suggests.

An entire chapter is dedicated to the whole process of filmmaking, from pre-production (picturisation & planning), to production (the actual shoot), post production (editing, sound dubbing/mixing, colour correction, and special effects) and finally, distribution. Another, about the most vital part of cinema, aptly opens with the famous quote by Alfred Hitchcock, “To make a great film, you need three things—the script, the script, and the script”. The author points out that the magic of a script lies in its ability to speak through pictures, and not through simple words. Since the story and dialogues is necessitated to come alive in pictures, the cinematography, editing, and sound is crucial.

One learns, while reading Chalachitrar Rakhachadan, that what we see as a complete film is actually a series of sounds and images strung together in a particular sequence. The expertise of the cinematographer lies in capturing the mood of the story in its totality through subtle mixing of the shots with right control and alignment of light, whether arificial or natural. That of the editor lies in their ability to coordinate between contradictory emotions—love/hate, laughter/tears, light/shade, youth/old-age—and  arrange these using an aesthetic flair. Talking about sound in films, the author draws our attention to how sound effects infuse life to a sequence of shots, how the economy of sound keeps alive the desired anxiety and suspense, and how, on certain occasions, silence can be more effective than sound.

All this leads to the question: what is the role of the director, and what does it take to be one? The director, according to the author, is ideally the final creative authority, responsible for its ulitmate artistic form, its message, and its dramatic presentation. And although a university degree isn’t necessary, a director is necesssited to possess a high level of intelligence, creativity, confidence, and motivational and organisational skill.

Since the book focuses quite a lot on the technical details associated with the process of making a film, the use of some amount of jargon is unavoidable; yet, that has not in the least made the narrative cumbersome. The author appears to be conscious of this aspect. His careful incorporation  of the technical phrases in a crisp and lucid narrative fabric keeps the reader’s interest fuelled all throughout. Stills from timeless classics such as Pyasa, Sholay, Modern Times, and Seven Samurai add to the charm. The cover page, designed by Sanjib Borah, has an inscription that drips with honey, suggestive of the rasa or the aesthetics of the art of cinema. The additional list of one hundred ‘must see’ films, both Indian and international, is a helpful guide. Chalachitrar Rakhachadan emphasizes that there is much more to cinema beyond action, dance and music. What is highly essential and missing is a chapter on acting.