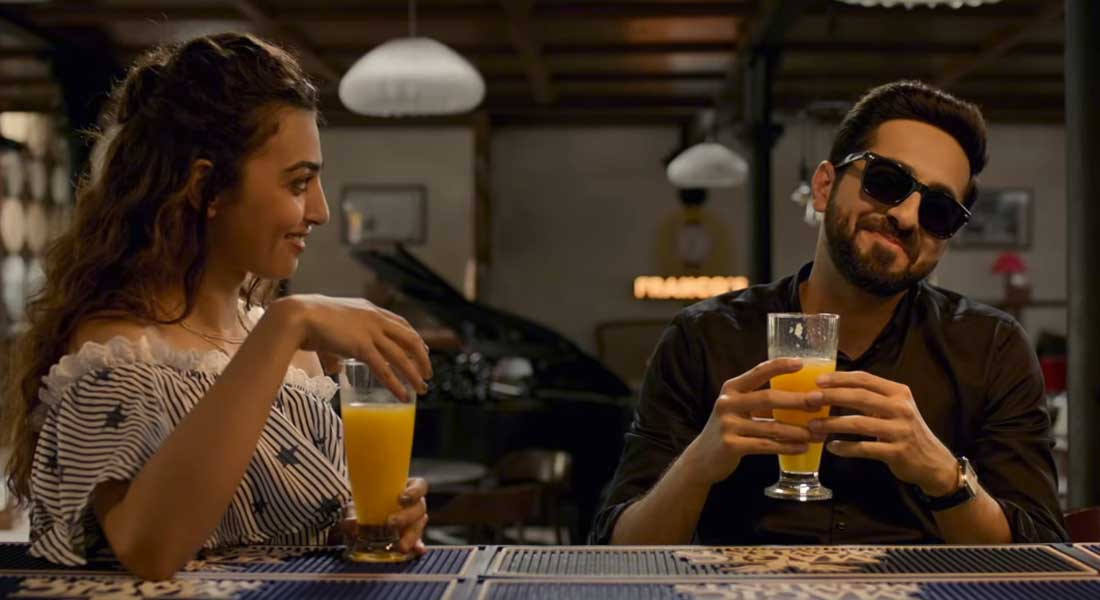 Among the various characteristics of Hindi popular cinema noted by film scholars and theorists, one that is of importance is that it is indifferent to the attractions of suspense and surprise and that it favours the familiar rather than novelty. How things will happen is more important than what will happen (1), which will be familiar. This comes to the fore in Andhadhun, one of the best Indian films of 2018. Indian films, ever since DG Phalke, borrowed from the theatre and, rather than be realistic in the documentary/Lumiere sense, tried to make ‘real’ traditional belief, which was seen to transcend sensual perception (2). Phalke insisted that his mythological films were ‘realistic’ in the sense that they were bringing known ‘truths’ alive.

Sriram Raghavan, one of the more inventive film directors in Bollywood is, judging from his films, also a cinephile who knows world cinema well and he does not hesitate to drawn inspiration from it, although he always has something to add. His last offering Andhadhun owes in a small way to a short film L’accordeur (2010) from France, which runs to less than 15 minutes. Using motifs from international films is not an easy task since each film has to be Indianized, which does not mean only adapting to a different milieu, but also using a different grammar. In L’accordeur (‘The Piano Tuner’) a piano tuner who makes himself temporarily blind to sensitize himself to sounds, is witness to a murder; the perpetrators are clients who believe he is blind and conceal nothing from his gaze. In Andhadhun, Raghavan uses the same motif as the basis of his film and it is a difficult device to adapt to Indian cinema.

Indian films hardly succeed as suspense thrillers, and the reason is that most stories are related using the [highlight background=”#f79126″ color=”#ffffff”]omniscient eye[/highlight]. Fiction films of the world use three elements that combine to produce ‘cinema’ – objective reality, authorial subjectivity, which is in the nature of distortions to demarcate the real from the director’s subjective take on it, i.e.: the exercising of his or her powers of expression. Lastly, there is the notion of character subjectivity and this is the element needed to be used in abundance to create suspense. Suspense depends on knowledge of events being held by some and not by others. The spectator is in the position of someone from whom elements of information are withheld and the viewpoint of the film corresponds to that of a person with partial knowledge. If one studies Hitchcock’s film Rear Window (1954), for instance, the camera takes the protagonist’s viewpoint; it is what he cannot see of what is going on in another apartment that creates the suspense.

Indian films are all-seeing – in that they try to show all happenings ‘as they are’ – rather than as perceived by the filmmaker (authorial subjectivity) or by characters in the story (character subjectivity); to my only Adoor Gopalakrishnan in Anantaram (1987) has ever used [highlight background=”#f79126″ color=”#ffffff”]character subjectivity as an element[/highlight], although this was not to create suspense but to understand what imprints itself upon a person in his or her life. There have been good thrillers like Nihalani’s Aakrosh (1980) and Dhrishyam (2015) in which the truth is revealed at the end through a flashback, but this is simply the concealing of facts; our viewpoint is not restricted to that of a chosen character or characters. In Rear Window, it should be noted, what is underway is being speculated upon even as it is happening in the opposite apartment; it is not sprung to the spectator as something not suspected.

Why Indian films are omniscient in perspective is not easy to explain but my view is that it lies in the notion of transcendental truths in which people have more faith than in the evidence of the senses, judged to be ephemeral; this is perhaps why most films have eternal messages to relate, usually from the epics or traditional wisdom. To illustrate, the notion that one’s parents are to be worshipped is not ‘subjective truth’ from an author; it is believed to be eternally valid. Even art cinema has ‘eternal messages’ to relate, although these could be from social texts (like those written by Marx) instead of tradition and the epics – messages like the dishonesty of the powerful and working class solidarity.

Coming to Andhadhun, the film is based on the protagonist, also a pianist pretending to be blind, getting only a partial view of what has transpired but having to act on it. If Sriram Raghavan had developed the idea into a suspense film, he would have been true to it – i.e.: the central dilemma would have been how the protagonist would have reported seeing a corpse in an apartment and still carry on his pretence at being blind, assuming that has its own benefits. When I commenced to view the film I was quite excited by how it might proceed since there is another partial witness who also has evidence about who came and who left the apartment, and when. Would the protagonist and this woman make contact, I wondered, and how would two partial views of an event, neither witness was certain of, be stitched together to constitute a comprehensive truth they might not suspect? As it stood, the film might even have gone the way of Antonioni’s Blow-Up (1966), where a photographer takes a picture casually in a park and, when he develops it, finds a corpse his eyes had not seen.

But then, Andhadhun is a Bollywood film made for a public unaccustomed to the [highlight background=”#f79126″ color=”#ffffff”]notion of subjective viewpoints[/highlight] rather than messages. What Raghavan does is to turn the film into a comedy – no doubt successful on its own terms. He introduces another motif, a shadowy group stealing body parts for huge sums of money. Rather than being a suspense thriller Andhadhun becomes what Hollywood might have termed ‘screwball comedy’ – a genre more compatible with Bollywood than the suspense thriller.