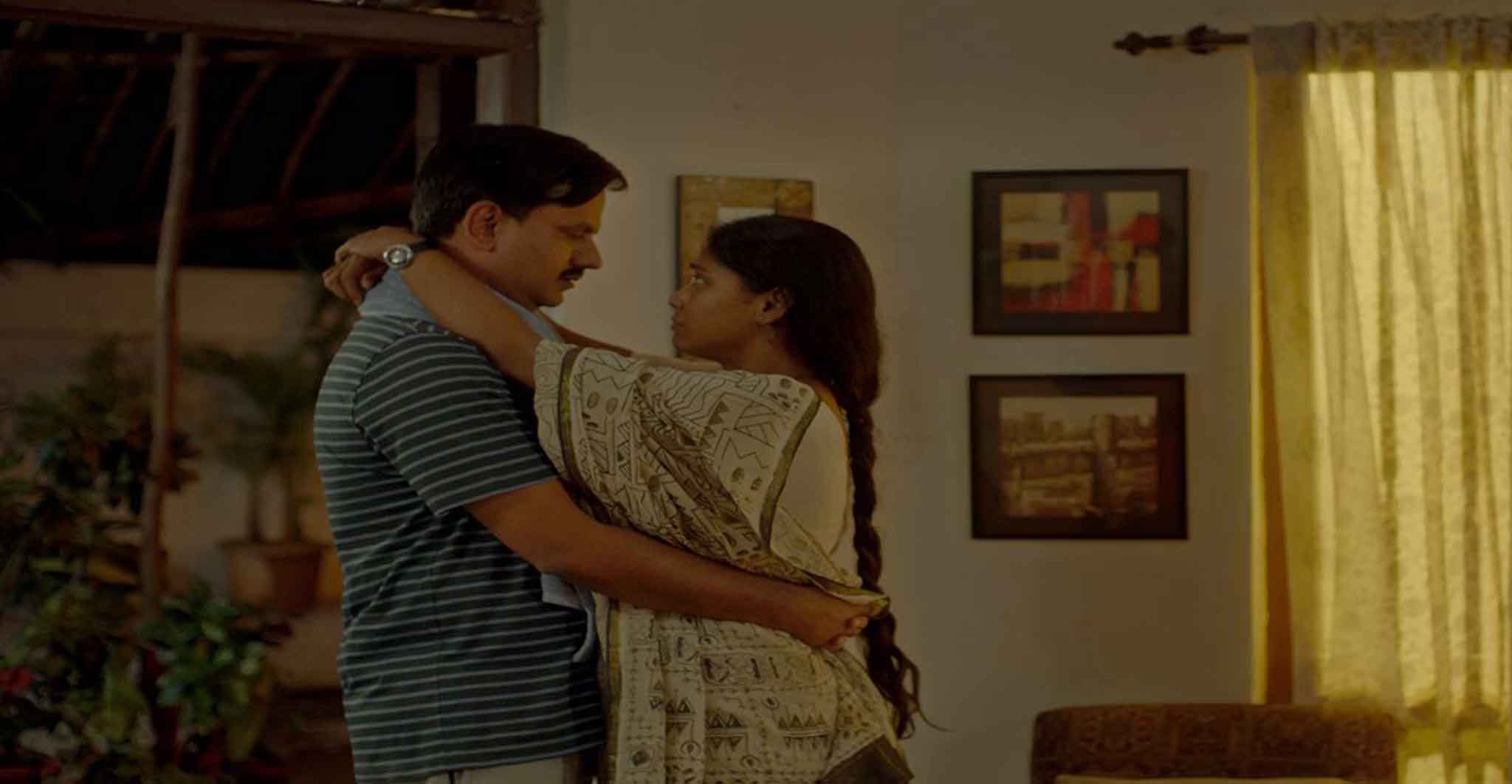 Women centric films, in the garb of female empowerment, have become the new normal in Bollywood lately. Focusing on issues that women negotiate in today’s times, these films seek to provide a new ideological template by which they seek audiences’ indulgence in the dramaturgy they unspool through their women protagonists.

Taking incidents from real life, and providing fictionalised construct to them, more so, to burnish them with enough visual “oomph” to woo the gullible and not so “literate” cinema audiences, these film makers are doing grave injustice to women folk.

Providing their own quick fix, quirky solutions to fight women victims’ demons of their lives, instead of an engaging, eclectic and realistic cinemas, dealt with subtlety and sensitivity their subjects deserved, these film makers, more with eye on box office, turn them into perfunctory exercise than with seriousness they deserve.

Instead of a well-meaning social treatise to enlighten and open up their audiences to the harsh new realities these directors and their films merely indulge in tokenism their loyalties remaining elsewhere, tacitly with the producer and where the moolah is.

For the solutions or closures these film makers provide to their troubled female protagonists, turn more damaging and damning than realistic and plausible, thereby perpetuating the already prevalent social ills that one sees and reads every day.

It is in this context one likes to explore Aruna Raje Patil’s Marathi film Firebrand, steaming on Netflix and produced by Hollywood diva Priyanka Chopra’s Purple Pebble Pictures.

Director Raje, one likes to posit in this treatise that, skimming the surface of the problem she dwells into, woefully provides a skewed prescription that does great disservice to her own ilk rather than turn into a wonderful and creative cinema it could have been had she not so succumbed to the dictates of box office and banal economics.

At the heart of Firebrand is a Dalit. A rape victim, seriously suffering from Post-Traumatic Stress Disorder at that. She is a feminist lawyer as well to boot. Every epitome of modern day go-getter woman. In fact, director Aruna Raje had a cracker of cinema at hand with such a protagonist in Firebrand.

But, for Raje, whose earlier visitations at cinema reads Rihaee, Tum: A Dangerous Obsession, et al, bred and brought up on Bollywood brand of formulaic money spinners, to change her syntax of film making keeping with the times and provide more meaningful closure to her protagonist’s woes, was indeed ambitious and aspirational.

With film’s commercial prospects weighing heavily at the back of her mind, Raje, instead of handling the throbbing topic of a Dalit rape victim, trying to confront the demons of her Post-Traumatic Stress Disorder symptomatic past, with sensitivity, nuance and subtleness the subject deserved, simply uses these tropes as excuse to drum down her own rather, too facile, off the cuff, shocking solution to say the least.

Not that Raje’s body of works has anything to laudable or praiseworthy expect that of her being a woman director. Each of her films, at least, as this critic is concerned, are below par, more in tune with commercial cinema’s calculus, which is also self-evident in her latest visitation Firebrand, being dissected in this essay.

Here was a film crying desperately for a searing and plausible probe. Raje being a woman, one expected she would, in today’s times, truly explore the theme in a mature and masterly manner. But what we get instead is a convenient, clichéd, caricatured, and typically formulaic fare, especially rather depraved denouement she delivers in Firebrand as a closure to her woman protagonist’s traumatic past and moral marital dilemma of present she is caught betwixt.

Firebrand revolves around two different sets of couples. Divorce lawyer Sunanda Raut and her husband Madhav, and a feuding Divya and Anand Pradhan. The film’s moral fulcrum and social conflict pivots on these two diametrically opposite couples. The trajectory of the two disparate couples provided a perfect platform to examine modern relationships but Raje uses it as a convenient tool for his cringing, convenient climax.

The Pradhans though appear bit late into the film whose court fight turns into closure of sorts for Sunanda, who is exorcised of the ghosts of her past in most bizarre of “sexual”, “victim” and jaundiced elitist take on relationships.

If Sunanda and Madhav present perfect, blissful middle class marital home, despite personal trauma affecting their physical lives, Divya and Anand Pradhan are modern day’s feuding couple with foul mouthed wife out to extract her every pound of flesh from her promiscuous businessman husband.

Investing a strong persona in her ‘feisty’ lawyer Sunanda, and neurotic, vengeful attributes to Divya, making their husbands, ‘willing victims’ of their situation, director Raje seeks to make out a classic case for a feminist film with contrasting repercussions.

It is Raje’s facile and frivolous attempt to press home her point and kill two birds in one stone – trauma of rape and marginalisation of Dalits, besides, larger gender politics, with over the top acting, set piece scripting, on what constitutes female empowerment, leaves Firebrand with much to be desired delectable cinema.

Divya’s justification to walk out of a marriage from her philandering husband Anand, a “great womaniser” she tells lawyer Sunanda, reasons for her divorce, which has left them with a neurologically challenged child, is understandable.

But Raje caricatures her as totally neurotic, vengeful and vindictive woman who would go to any extreme, including inflicting self-injuries, to extract every ounce of flesh from her ‘immoral’ husband to leave him humiliated and in dire straits.

In Sunanda’s case you have Raje go the other extreme. She has Sunanda conveniently letting a stranger, in this case, Divya’s “womaniser” husband Anand into her household late into night, have him give her a neck massage, indulge her in puerile, psychological game of “Let Go” and “So What” before the two have roaring physical union.

An act of infidelity which conveniently and cathartically allows Sunanda to purge herself of her traumatic “childhood rape” past and fight the ghost of her humiliation she faced being a “Dalit.”

This when her own husband’s touch would send Sunanda into frenzied hysterics compelling Madhav to postulate “sex and love” are two different things in a marriage and does not matter when two people are deeply in love. Oh! What a philosophy, Ms Raje.

An act, which Sunanda confesses to her “understanding” and “accommodating” husband, stating the nocturnal visitor (Anand) was just an acquaintance and she was not Sunanda at all, during the entire night of sexual intimacy.

Madhav, on hearing her confession, bemusedly says he does not believe in “middle class moralities” as if elitist were more liberal and open-minded with their spouses’ extra marital dalliances. With theatrical and totally absurd scenes leading to its climactic and cataclysmic “liberating sexual encounter” between a defeated Sunanda and thankful Anand (Divya’s husband), Raje defeats the very purpose of Firebrand with her contrasting “sexual mores and morality” so full of vacuous, pontificating verbosity.

Unable to provide amicable, appreciable solution to her convoluted plot, Raje, pandering to familiar box office formulae, drums up her own regressive and degenerate denouement to Firebrand defeating the very cause of social injustice against a Dalit woman.

Raje turns Firebrand (so ironic title itself), into a frivolous facile and fecund fare even as she ensure the film is reflective of problems that dog society, and in a way partially creating awareness, among her women audiences.

But then Raje wilfully compromises on the public morality with her propagation of a closure she provides for her protagonist, least concerned at its dubious repercussions in reality and the debilitating and demoralising effect it would have on the already crumbling and sacrosanct marital edifice in India.

In trying to pander to the familiar feminist trope that women are equal or more equal than their men in this millennial age, Raje, without realising the enormous impact the film would have on the psyche of her women audiences, panders to a prosaic solution than leaving the film either open ended or providing a trail-blazing solution.

As Feminist film theorist Jackie Stacey in ‘Star Gazing: Hollywood & Female Spectator’’ so rightly posits ‘identification is the means by which women conspire and become complicit in the process’ turns woefully true in the case of Raje’s Firebrand.

For, women identifying with women characters onscreen and finding common cause with them, as propelled, by films of Raje’s kind, only turn them into fantasies of power, control and self-confidence, while reality is a different sum game altogether.

It is such treatment of women that this is rather very worrisome and very antithetical to the innate idea of empowering women in today’s #MeToo times where women are breaking the glass ceiling while their personal and marital situations are taking a severe beating.

While the very idea that cinema is primarily meant to entertain, especially in in India is in itself repugnant, than a pure-play art form which can, if rightfully delineated, could play a pivotal role in molding objective opinions, by constructing images and reinforcing dominant cultural values, Raje’s Fireband is self-defeating despite trying to address the most sensitive and highly topical theme with a feminist lens.

For, if one were to a take a cursory look at incidents of violence both within the homestead with rampant domestic abuse, dowry, divorces for flippant reasons, and family honour deaths and outside the home with increasing incidents of acid attacks, brutal rapes and even murder, with both Internet and Mobile contributing their own to the societal malaise fracturing the male female relationship, by projecting her strong protagonist in such simplistic terms is nothing but naivety on Raje’s part.

By trying to free her protagonist from the shackles of familiar culture constructs and accepted social mores, Raje, caught as she is like her film’s victim, in a Catch 22 situation, fails as a responsible director, given that even today audiences are influenced by what is shown in films, primarily because of lack of knowledge as well as lack of one’s own sense of self.

With mainstream cinema expectedly continuing to influence audiences’ thinking and behaviour post their theatrical experience, the responsibility squarely rests with directors how they realise the larger vision of their middle of the path cinemas.

In that sense, Firebrand comes across as a perfunctory attempt by director Raje provide a perspective peek into Dalit dilemma and her cocking a snook at Indian middle class mentality with her uppity elitist take on the social issue she so conveniently caricatures as middle class foibles and comeuppance of the likes of Madhav and his accommodative, understanding and well-meaning mature nature at the psychological conflict his Dalit & rape victim wife Sunanda is faced with.